Panicked suspect threw drugs out the window and straight at police 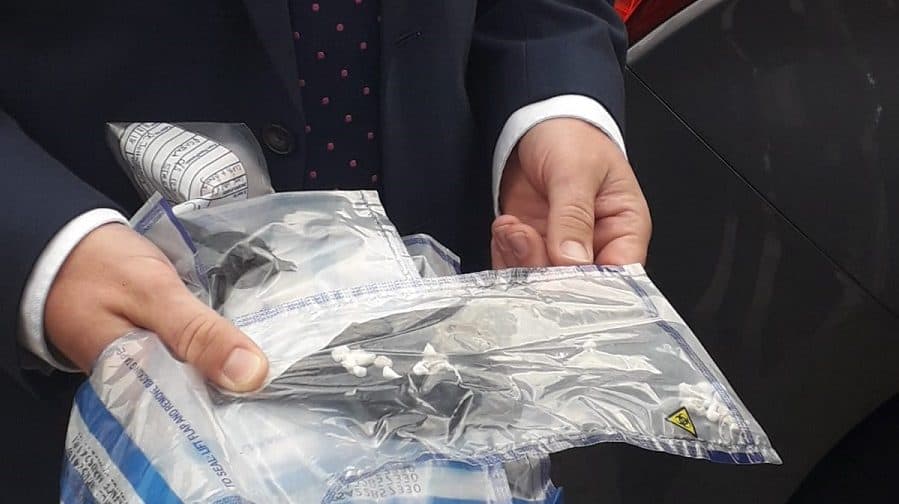 Drugs recovered from the properties

A suspected handgun and more than 200 rocks of heroin and cocaine were seized by police after a series of dawn raids  in Peckham, New Cross, and Wembley this morning. Two addresses in Peckham and twelve in New Cross were searched under warrant by officers, who say drug dealing is fuelling this year’s upsurge in violent crime across the capital.

In total, fourteen people – thirteen men and one woman – have been arrested for drug offences and are currently being held in custody at south London police stations.

At one property, a 48-year-old woman was arrested on possession of a firearm and for possession of Class A drugs after police found a handgun hidden inside a sock, while in Wembley, they discovered a ‘large quality’ of drugs and a knife inside a backpack.

Class A and B drugs were found in all fifteen addresses, with cash also recovered.

More than 200 rocks of cocaine and heroin found at a single property in New Cross.

The Met says that upon seeing police, the suspect attempted to get rid of the drugs by throwing them out of an upstairs window – whereupon they hit officers below.

Detective Superintendent Andy Furphy, who leads Operation Trilogy – the police response to violent crime, risk and vulnerability on Lewisham borough – said: “Today’s activity has seen us target some of the most prolific drug dealers in the borough who cause misery and are a blight on our community.

“We know that drugs and violent crime are intrinsically linked and believe some of these suspects may have links to recent offences of violence we have seen across the borough.

“As part of today’s operation we were assisted by Lewisham Council and the Children’s Society who are helping us work to safeguard any vulnerable or exploited individuals identified as part of the policing activity.

“We remain resolute in our efforts to target those involved in criminality and will continue to take all possible action to disrupt their activity and reduce the levels of violence taking place on our streets.”