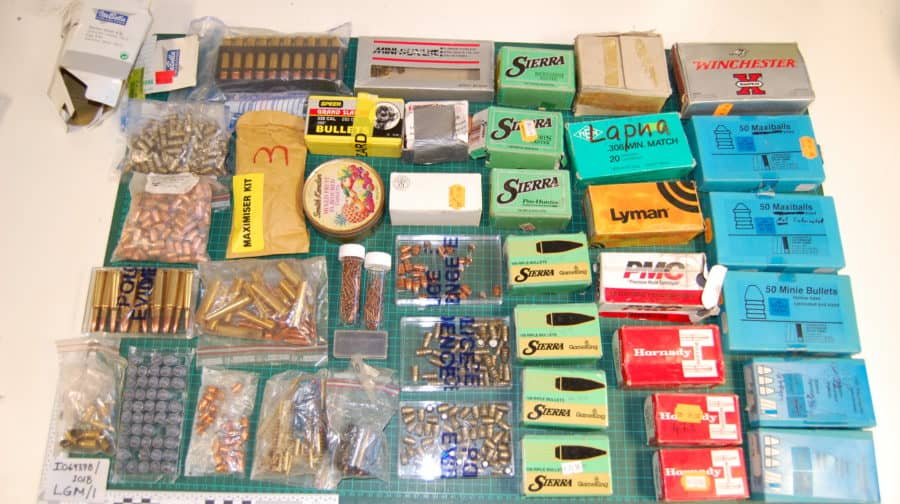 A firearms gang, including a man from Kennington, have been jailed for a total of 77-and-a-half years after one of the Met’s largest ever weapons busts. All six members were sentenced yesterday (Thursday, May 30) at Croydon Crown Court after two separate trials ending in December last year, and March 2019.

The court had previously heard how the gang started operating when Manfred Kurz, a firearms enthusiast from Germany, moved to the UK around 2004 after serving with the German army.

He smuggled ammunition with him bought with his German licence.

The court was told Kurz, who lived in Croydon, started selling the ammunition illegally with his niece, Sian Miller, from South Norwood.

An investigation linked four more people to the crimes, including a cousin of Miller’s. All were charged with firearms offences. Sian Alexandra Miller, aged 25, from Stranger Road in South Norwood was jailed for fifteen years after being found guilty of conspiracy to sell or transfer ammunition. Mishak Wright-Martin, aged 34, from Kennington Park Road, was jailed for eleven years of conspiracy to sell or transfer ammunition. Sierra Denton, aged 31, from Cromer Road, South Norwood, was jailed for nine years. She pleaded guilty to conspiracy to sell or transfer ammunition and possession with intent to supply Class A drugs. Lorenzo Brooks, aged 29, from Crutchley Road in Catford was jailed for 20 years after being found guilty of conspiracy to sell or transfer prohibited weapons and possession of component parts of a firearms. Lukas Duncan, aged 22, from Guildford Avenue in Surbiton, was jailed for fifteen years after being found guilty conspiracy to sell or transfer ammunition.

Detective Constable Martin Reader, from the Met’s Trident Command, said: “I am pleased that these individuals have received very significant sentences, demonstrating the gravity of these offences.

“A huge amount of ammunition has been recovered, which we believe was destined to be sold to criminals with gang connections.

“This amount of firepower in the hands of the criminal fraternity is a truly terrifying thought.

“Thankfully the rapid action of Trident officers has taken this weaponry off the streets before it could be used, and for that, every person who lives in, or visits our capital, should be thankful.

“I believe the actions of Met officers have saved lives and brought these people to justice, who put their own greed above the safety of their community.”