The parade was followed by a service at Southwark Cathedral 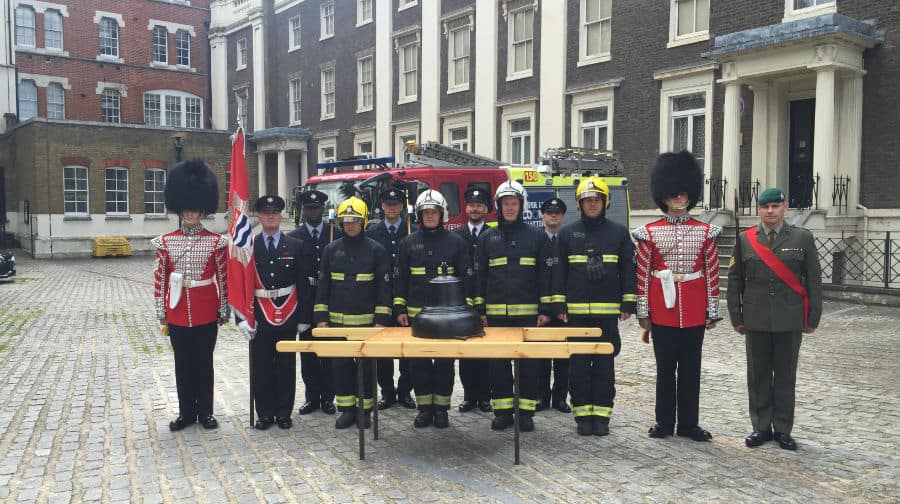 Firefighters held a parade through Borough and a special service at Southwark Cathedral on July 5 to mark the London Fire Brigade’s 150th anniversary.

The parade set off at 2pm from Winchester House, Southwark Bridge Road and ended up at the cathedral at 2:30pm for a service to commemorate the Brigade’s relationship with the cathedral.

A colour party of four serving firefighters carried the Brigade’s iconic Watling Street bell – which used to hang in the former Watling Street fire station – along the parade route.

They were joined by the Brigade’s Ceremonial team who carried the current London Fire Brigade Standard.

London Fire Commissioner Ron Dobson said: “London Fire Brigade has had a long and close relationship with both Southwark Cathedral and the borough of Southwark so it’s very fitting that we mark our 150th year with this service at the cathedral.

“The service was a very special opportunity for serving and retired members of Brigade staff, as well as their friends and family and the wider community, to give thanks to all those who have served the Brigade, past and present, protecting our capital for the last century and a half.”

The Brigade’s relationship with Southwark and its cathedral goes back many years, with fire crews attending a number of historic blazes in the borough since the Brigade’s formation in 1866. These have included the 1890 fire at WA Rose & Co’s oil mills in Bankside, one of the largest petroleum fires of the 19th century and the 1920 blaze at The Hop and Malt Exchange.

Southwark was one of the most heavily bombed areas of London during World War Two but its cathedral, like St. Pauls, emerged relatively unscathed, only suffering external shrapnel damage.

This was largely a result of the local Auxiliary Fire Service, and later the National Fire Service firefighters who protected the cathedral and the surrounding area together with Air Raid Precautions Wardens and fire watchers.