20 firefighters took on the Elephant and Castle fire yesterday morning. 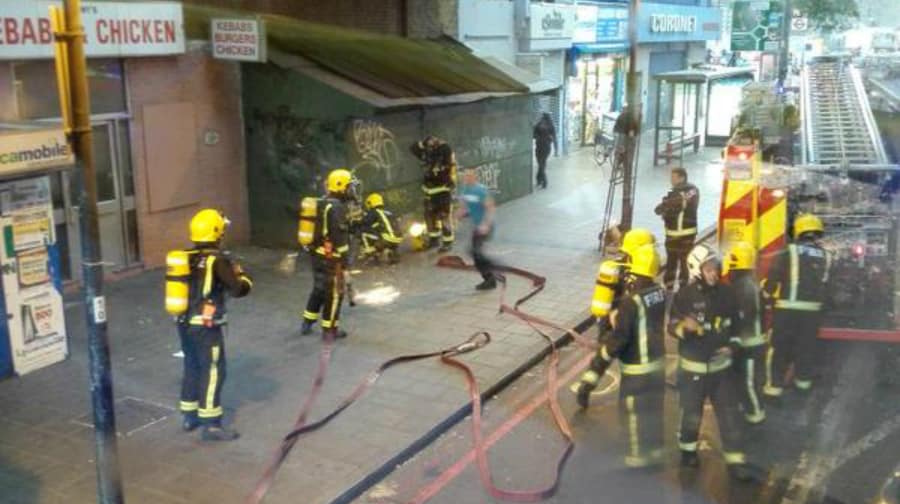 Twenty firefighters had an early start yesterday morning when a kebab shop in Elephant and Castle went up in flames.

The London Fire Brigade were called to the New Kent Road blaze at around 5.45am, with four engines responding to the scene.

Thirty per cent of the premises, located in a railway arch, was damaged.  The building’s extraction system was “completely destroyed”, according to a spokesperson for the LFB.

The fire was dealt around two hours later. Firefighters are investigating the cause of the blaze.

There were no injuries reported.