'It’s not the Kray brothers or the Mafia, it’s ten kids on bikes. It should be solvable' 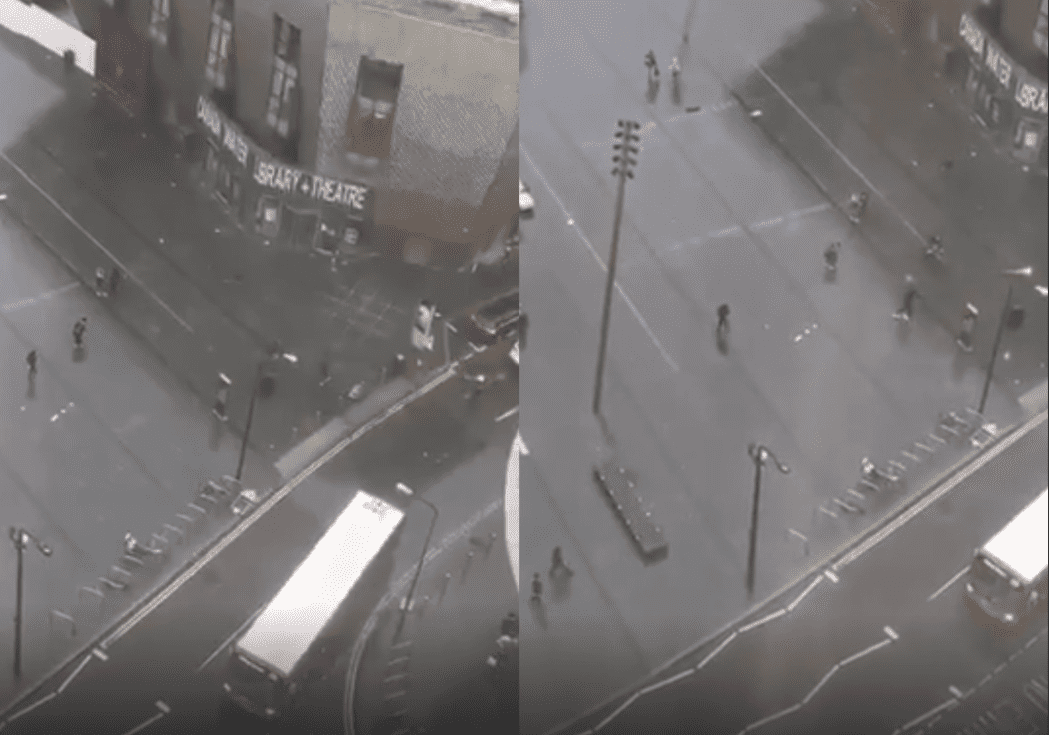 A video still of the alleged group of troublemakers

A woman collecting her daughter from nursery is the latest victim of a group of teenagers on bikes terrorising passersby in Rotherhithe and Surrey Quays.

Her husband, who wished to remain anonymous, told the News she was left ‘anxious, frustrated, and angry’ after a group of ‘ten to fifteen’ teenagers, goaded on by two ringleaders, began throwing fireworks around the Swan Lane area on Monday evening.

She had been on her way to collect her young daughter from a nearby nursery when she came across the group.

“She managed to get away and called me, she was panicked, and although she wasn’t hurt it is such a dangerous and stupid thing to do,” he said.

“I have previously heard or seen the fireworks being thrown when in shops nearby, but this is the first time it has personally happened to us.

“I am now restructuring my working day because I am not leaving my wife and daughter to go on their own.”

As the News has reported, damage to businesses, thrown fireworks and anti-social behaviour by a regular cohort of young people has been a recurring problem for the area for months – but so far no one has been prosecuted, leading to rising tensions among frustrated residents and business owners.

“It’s not the Kray brothers or the Mafia, it’s ten kids on bikes. It should be solvable,” the father-of-one added.

Last week we detailed how police had committed to extra patrols in the area around the plaza, and had also put a dispersal order in place – but problems are persisting.

The News has been told by residents  that they beieve officers are reluctant to make arrests as the suspects are minors. Many of the group’s victims are unwilling to go on record – highlighting the fear in the community of coming forward.

One person who was willing to be named in our previous report was Ledbelly’s owner Paul Graham, who described the group as ‘quite menacing’, and said the problems had been ‘brewing for a long time’. He said the problem was so severe his staff had to call the Met several times in one week.

Southwark police were contacted for a comment and update  but received no response at the time of going to press.