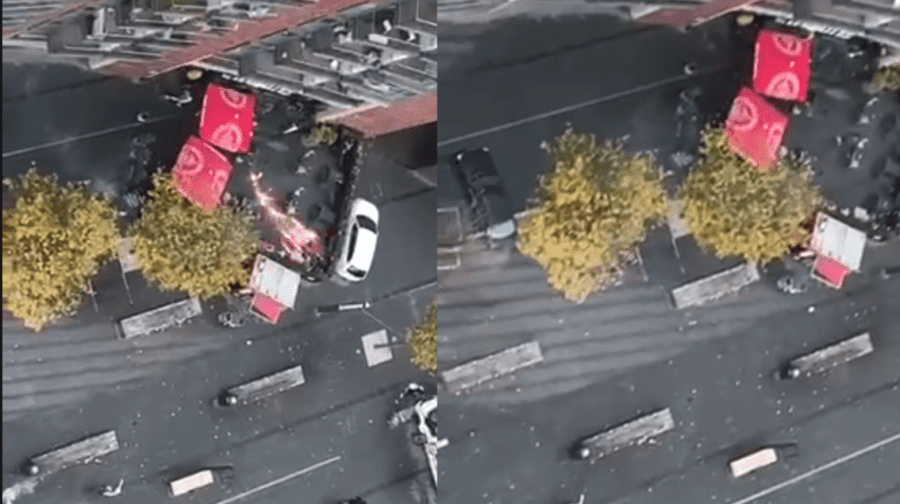 Territorial Support units are being drafted in to clamp-down on firework-slinging youths at a major transport hub as residents this weekend were forced to flee from a bar under siege from rockets.

Public order police have been brought into Canada Water today to tackle the latest wave of youths throwing fireworks at unsuspecting members of the public.

It comes amid reports of people being injured after being hit by the projectiles, including a girl who was reportedly hit in the mouth.

Residents in the area have been sounding the alarm for weeks about youths launching projectiles at people, businesses and homes near the station.

Anger reached a boiling point on Saturday, after customers enjoying a drink outside Ledbelly’s bar were targeted by the youngsters with rockets.

Customers were forced to run to safety to avoid being hit. Hundreds of angry residents have signed a petition demanding action.

Police have even warned that the criminals are tampering with the fireworks to make them more dangerous.

“The whole terrace outside was full,” said Ledbelly’s owner, Paul Graham. “We had people running inside or running to escape just to get away from the fireworks.

“I’m thinking, perhaps I should close up, I just don’t want the hassle. That would be 25 people losing their jobs.”

Mr Graham warned that either someone was going to get seriously hurt from being hit with a firework – or seriously hurt because fed-up locals could take action into their own hands if it does not stop.

Southwark Police say they are being supported in the clampdown by the Territorial Support Group (TSG), a Met unit often used to police riots.

“Older people will buy the fireworks and sell them on or give them to these people, unfortunately,” said Insp Tom Cornish of Southwark Police.

“Some of them [fireworks] have been tampered with, to make them more powerful, more loud.”

The Met have pledged extra resources to tackle the area, with both officers on patrol and covert operations.

An annual operation, targeting antisocial behaviour in the period around Halloween and Bonfire Night, will also help, it is hoped. 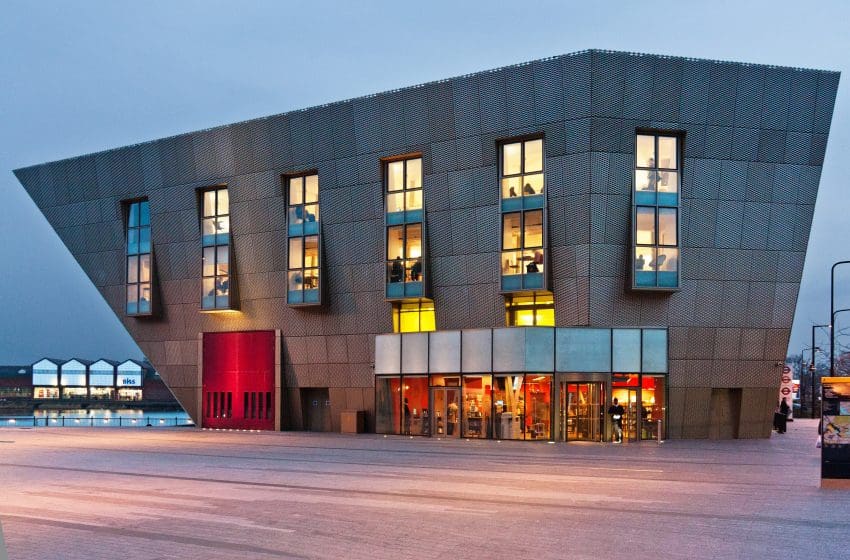 Inspector Cornish said he could not confirm reports of specific injuries caused by the fireworks, but said: “It’s quite possible that it’s happened because these people are behaving so recklessly with these fireworks.”

Officers had identified eight youths in an initial group believed to be responsible for throwing the rockets.

One of those is suspected of being the ringleader, and will be attending a police station to answer questions.

A “stash” of fireworks being used in the attacks were discovered hidden in the plaza, and have since been seized by police.

However, officers say an older group has since taken up throwing the fireworks, so Southwark Police have to start the process of identifying them again.

“We’re back to square one,” said Inspector Cornish. “We’re on half term, which doesn’t help.”

He denied that police were reluctant to arrest the perpetrators because they are young, as some residents have claimed.

Every evening in #CanadaWater for weeks the neighbourhood has been terrorised by teens throwing explosives at passers by, businesses and homes – the police seemingly unable to stop them. Does someone have to die for a proper response?#se16 #fireworks #nogozone@RachaelBurford https://t.co/GElRcRZfuL

“Young people can be arrested just like anyone else, that doesn’t make any difference,” he said.

Bermondsey and Old Southwark MP, Neil Coyle has called for a public meeting with Southwark’s top cop Ch Supt Colin Wingrove in a bid to stop residents being terrorised.

Councillors in the area have also called for additional patrols and enforcement.

Officers, however, face an uphill battle to reassure residents after similar incidents in the previous weeks.

Mr Graham said he did not feel optimistic about the prospect of things improving. “Unless they do something to these kids, it’s not going to do anything.”

And another fed-up resident added: “People are thinking that Canada Water has become a no-go zone.”