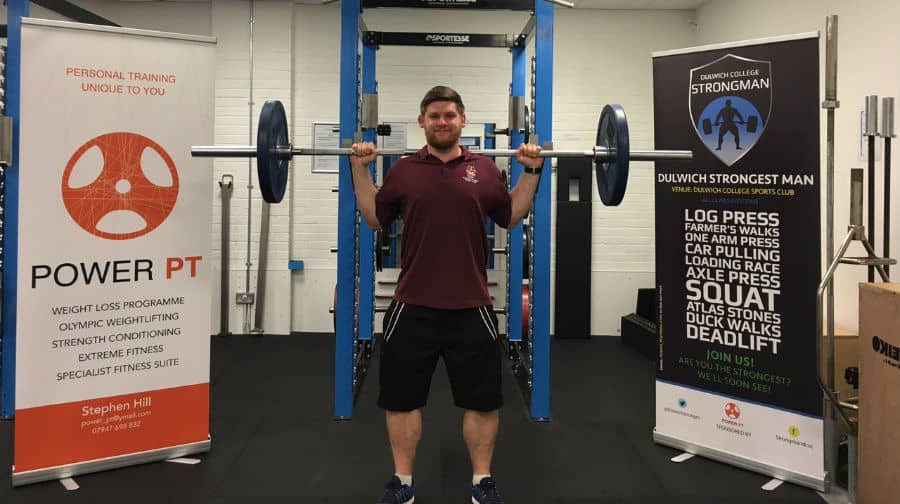 MUSCLE-BOUND men and women will compete this Saturday at the first ever Dulwich Strongman competition, being put on to raise money for Great Ormond Street Hospital, writes Alex Yeates…

The four category and six exercise event will see competitors pull cars, lift logs and boulders as well as go head-to-head in the duck walks (walking whilst squatting).

The event is organised by Dulwich College fitness instructor Stephen Hill, who aims to raise £2,000 for charity each year.

Stephen said: “We’ve raised about £1,000 so far for Great Ormond Street Hospital. It’s a cause quite close to me as my cousin’s sons both have kidney disease.

“My cousin donated one of his kidneys to one of them but his other son still needs one. They both visit Great Ormond Street Hospital once a month for checks ups.

“The father will be competing this weekend with his boys in front row seats to cheer him on which will be great. It took about a week to organise. I was just sitting in the gym watching about 40 people workout and thought to myself a competition would be a good idea.”

The event takes place on May 21 at 12pm at Dulwich College Sports Club’s race track and is expected to last four hours.

Twenty five people have so far signed up to take part but there is still room for more with a £10 entry fee.

On the day Stephen will also be selling cakes, bacon rolls and t-shirts to raise further funds for Great Ormond Street Hospital.

To sign up to the competition, email power_pt@ymail.com, and to donate visit,