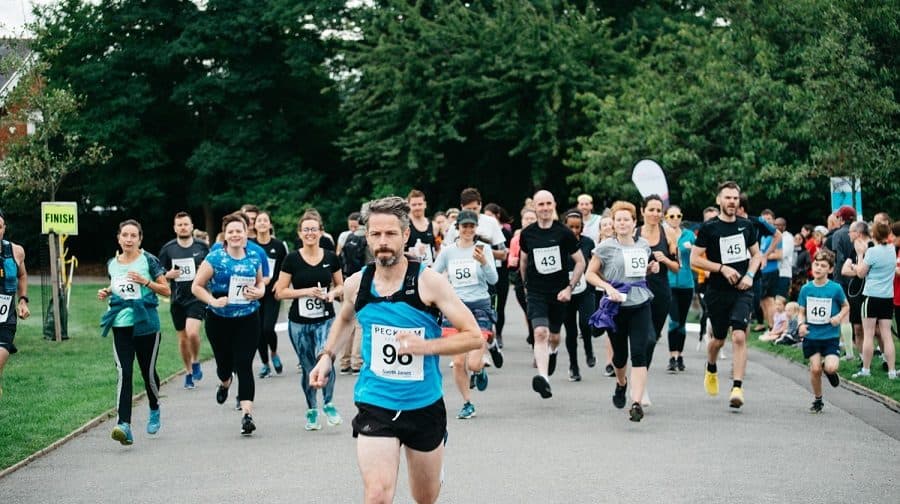 A spokesperson said: “When we launched the Fun Run we weren’t sure as to what the appetite would be to run together but since we were making a concerted effort to bring health and wellbeing into the festival this year.

“With additions Peckham Town FC and London Community Boxing, we thought we would give it a go.

“Thank you to all the people that helped make it happen, you know who you are but especially the Good Gym and Gareth James Estate Agents.”

Organisers said more than 300 people registered for the one, five and 10 kilometre races, which were held without barriers in Peckham Rye Park and sponsored by estate agents Gareth James Property.

Organiser Jules Parker said: “Both my 11 and 8 year old daughters took part in the run, what I took home from the morning’s events was the feel good factor and lots of smiley faces.

“Many people were coming over to us as we were dismantling the course posts to say what a fun and friendly experience it had been and were actually thanking us for giving them the opportunity to run a  timed race right on their doorstep.

“It was wonderful to see the runners racing amongst  dog walkers, football teams, families and military fitness sessions… just another Sunday on the Rye!”