First woman on the buses honoured 100 years on 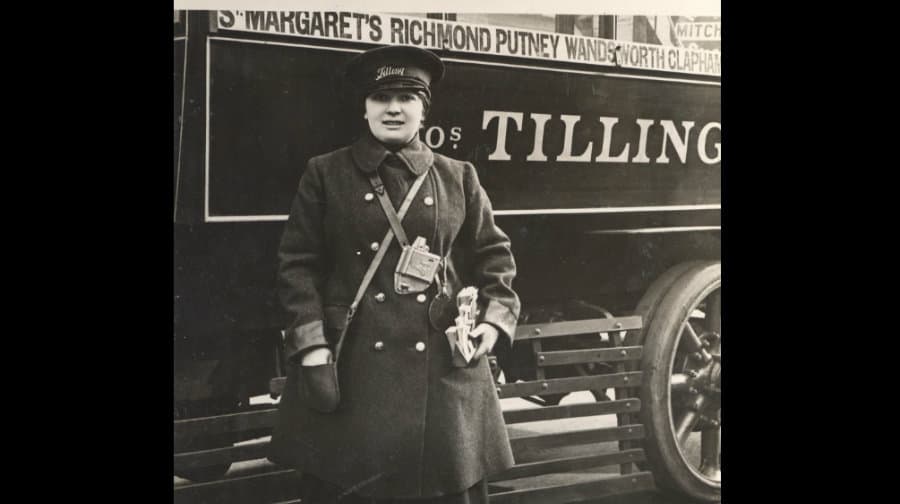 A Peckham ‘clippie’ was honoured this week as the first ever female member of staff to get on the buses in London one hundred years ago.

Mrs G Duncan became the first woman bus conductor when she started working the 37 bus route from Peckham to Putney back in November 1915.

As Britain dispatched thousands of bus and tram workers to fight at The Front in the First World War, women stepped in to keep the wheels in motion back home.

In a drive for change, 4.600 women started working for the London Omnibus Company during the Great War, but they were not a regular sight until World War Two and it wasn’t until 1974 that London employed its first female bus driver.

To mark the moment Mrs Duncan got on board, women bus conductors rode a vintage Routemaster bus around the 37 bus route on Monday morning.

Leon Daniels, Managing Director of Surface Transport at Transport for London, said: “As the first female bus conductor, Mrs Duncan played a key role in our history and was one of hundreds of women who played such vital roles in serving London throughout the Great War.

“Today, women have a central role within our organisation and industry, helping to keep London working and growing both now and in the future.”

Southwark NewsNewsFirst woman on the buses honoured 100 years on