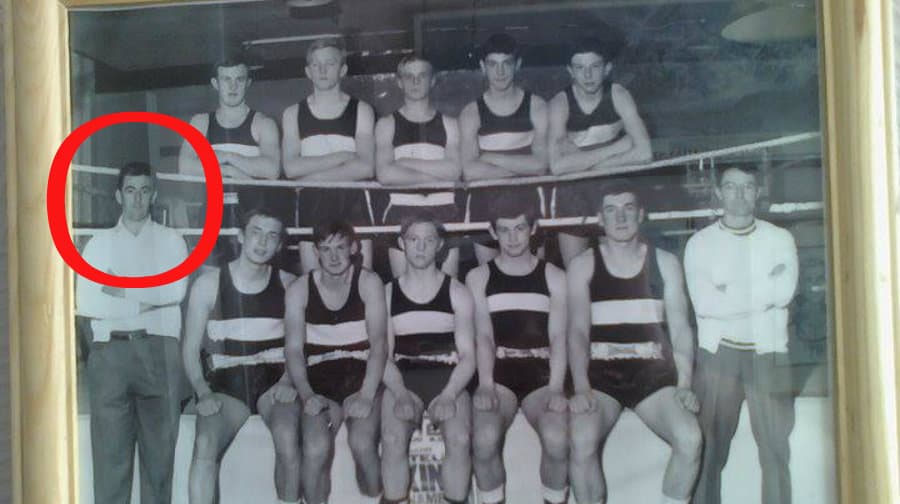 Con first started at the club aged eight, and would become a familiar face to generations of boxers and supporters at the Bermondsey institution.

He passed away on March 17 aged 84 from cancer and was honoured with a ‘ten bell’ salute at a Fisher fight night the following evening, where boxers past and present paid a silent tribute.

“He was a great man,” club head coach Steve Hiser told the News. “Connie was very friendly to everyone, he’s been at the club since he was eight so everyone knew him. His blood was black and white.”

Con, who fought at the club along with his brother before becoming a match-maker in the 1970s, was responsible for the incredibly popular Fisher reunion nights in recent years, helping to bring together old boxers and keep the club’s traditions going strong.

Steve said: “I’ve known Connie all my life. Even towards the end, when he wasn’t well, he would always ring up and ask how fights went. He loved the lads.”

Con was not afraid to do the dirty jobs and pitch in to keep things ticking over at the club.

Steve said: “He was a bottle washer, he was happy to muck in. He would do whatever needed doing. Wherever you go in the boxing world, everybody had respect for Connie.”

Fisher said in a statement: “It is with great sadness that we have to announce that lifelong Fisher stalwart, Con Sullivan passed away yesterday. Our thoughts and prayers are with his family at this difficult time.”

Con’s funeral will be held at the Most Holy Trinity Church in Dockhead on April 11 at 10.00am.