The acting is compelling 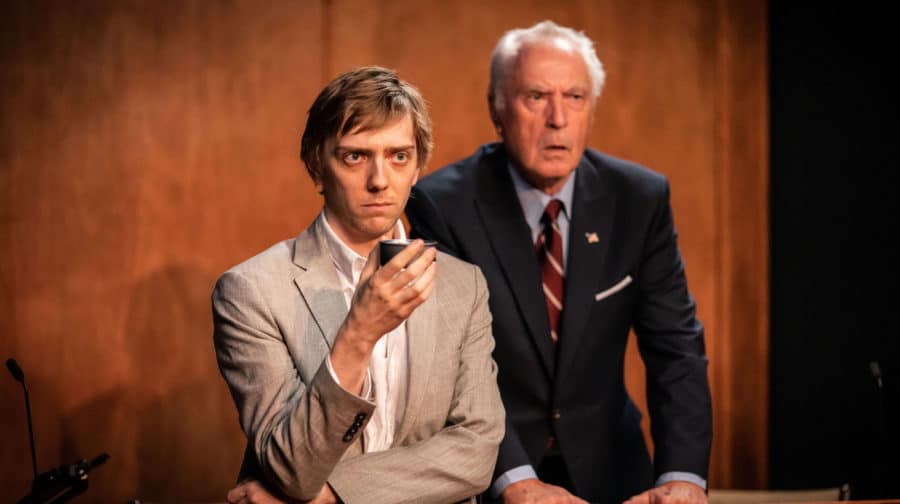 A play about ecopolitics is timely as we ramp up for the COP 26 summit and wonder whether it can play any part in slowing down the destruction of the environment that we seem committed to as human beings, writes Reverend Katie Kelly.

Next week sees the launch of Prince William’s Earthshot prize, which seeks to inject money and, more significantly, hope into the quest to undo our damage. Yellowfin, written by promising playwright Marek Horn, explores the question of whether we should be hopeful to the end or simply accept fate and ‘eat and drink (specifically tuna) for tomorrow we die’.

This all sounds rather worthy so I should say that the play is engaging, funny and thought provoking. It isn’t the kind of worthy theatre that secondary students might be dragged to for the purposes of moral education and giving the geography teachers an afternoon off. In fact, the sheer and relentless quantity of swearing would rule that out. Language is the main medium of the message, if there is one. This is a play about ideas first and foremost. The set is classy and spare. A US senate committee room where a black marketeer has been summoned to answer for the whereabouts of the world’s last can of tuna, in the hope that it might contain the secret to bringing the fish back. The action is set in an imagined future where all the fish stocks have disappeared without trace and people are reduced to eating a manufactured semi living ‘squib’

There is frequent and effective use of Pinter style repetition, and then there is a tendency to just repeat words and ideas that left one thinking that the play could have lost 15 minutes without losing anything of value. That said, the acting is compelling. The stars being Joshua James as the snarky cynical or simply realistic Capaldi, and Nicholas Day as the elder statesman senator who plays the fool with straight-faced aplomb.

The central question seems to be whether science and rationalism can somehow come to a last minute, cliff edge rescue or people are simply beyond saving and destined to repeat the cycle of destruction regardless of their ability to bring fish back to the oceans. As a woman of the cloth, I couldn’t help noticing that the play contained an extravagant number of uses of the name ‘Jesus Christ’ as an expletive and at the same time asked questions that were religious in nature. What is the destiny of humankind, brilliant and irredeemably flawed? Can we be saved?

When I saw the production’s title I assumed that tuna might be a jumping off point to explore environmental issues. I was not expecting that it would be the subject of the whole play, and not even all tuna but a single can, the fate of which forms the dramatic and grotesquely comical climax. Fortunately, the ideas ranged further than the subject matter and the questions asked of us have the potential to keep expanding our mental horizons.