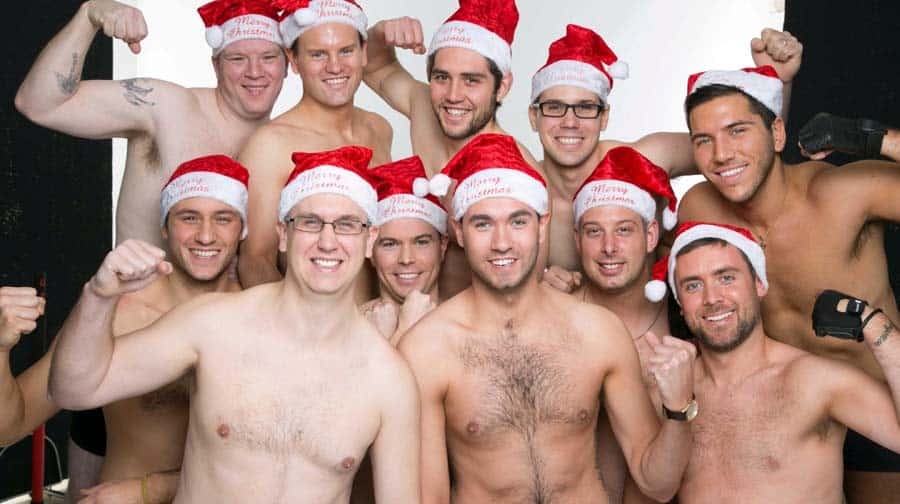 December shot for the calendar

A group of fitness fanatics have bared all in a cheeky attempt to raise money for a cancer charity by getting photographed for their own calendar.

Members of the Bootcamp SE16 group swapped push-ups for a photo-shoot in a charity calendar fundraiser for Wendy Gough Cancer Awareness Foundation, a organisation that highlights cancer’s early warning signs.

Stephanie Henderson, Bootcamp SE16’s personal trainer, said: “Our group started off as just six people but has grown and grown and grown. Now it is huge with 140 regular members.

“As it grew I wanted to do something different with it, something important. I asked two friends to recommend a charity and they both mentioned Wendy immediately.

Bootcamp SE16 group at their training ground of Stave Hill

“Wendy Gough’s mission is to spread awareness about early signs of cancer after losing her son to the disease, and we want to do everything we can to help that.”

Mark Searle, one of the eleven men from the borough who took part in the bawdy benefit, was delighted with the result.

The Rotherhithe resident said: “It is for a great cause. It came about after we were laughing and joking about the boys doing a calendar. We are all normal people, none of us are super models! “It was a little bit awkward to be fair. We’ve all seen each other at our worst, covered in sweat or mud, but it was a bit different seeing each other in tight black underwear.”

The calendar is available for sale at: www.justgiving.com/bcse16calendar