‘Our flats are plagued by leaks and mould’ 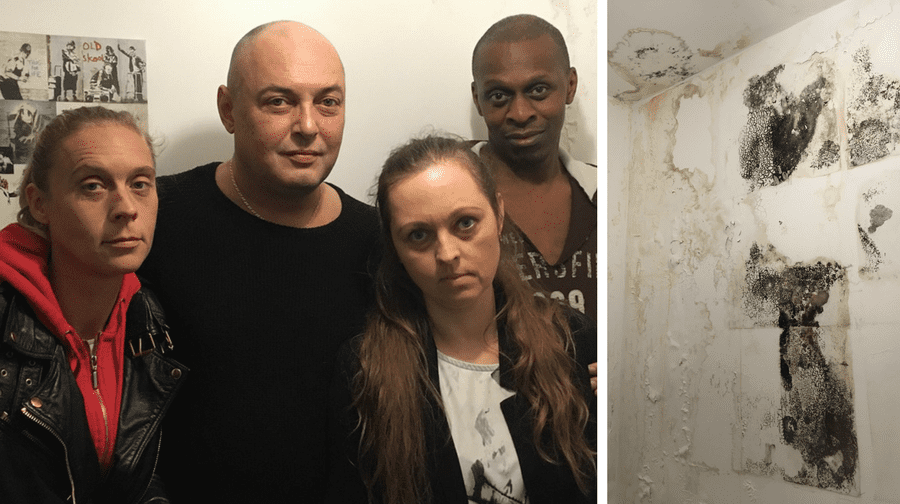 Residents living in Montreal House, Canada Water, say they have had issues with leaks and mould for years

Residents in Canada Water say they have been plagued by leaks and mould since moving into a newly-built housing development seven years ago.

Paolo Bassoli was among a number of residents who moved into Montreal House, in Surrey Quays Road, in 2010 after the development was built by Barratt Homes.

But just a year later, Mr Bassoli and some of his neighbours began to experience problems with leaks through their ceilings.

The water has led to mould growing on the walls in the flats and, despite Mr Bassoli replacing his ceiling twice and redecorating, the problem has persisted.

The 52-year-old said he contacted both his landlord – housing association Affinity Sutton – and Barratt but nothing has been done to fix the problem.

“I’m probably the one with the worst problems,” Mr Bassoli told the News.

Mould growing on a wall in Paolo Bassoli’s flat

“I’ve had the ceilings changed twice and then you’ve got people in your home creating dust and you have to clean afterwards and you have to take time off work and the problem keeps coming back.

“We will decorate the flat ourselves and then two weeks later we’ve got the problem back again.

“It never really dries up and eventually it grows mould; it’s so close to the main electricity panel and sockets which is a concern as well.”

Mr Bassoli said there were people with respiratory problems, including himself, living in the damp conditions.

“Since I moved here I’ve had respiratory problems and have been diagnosed with COPD [chronic obstructive pulmonary disease],” he said.

“I can’t pinpoint that this is the cause but I didn’t have it when I moved in.

“We are concerned that it’s not healthy [the mould and damp conditions].”

Mr Bassoli said he and other residents had “escalated” the problem to the National House-Building Council.

A spokesperson for Affinity Sutton said: “We are aware of the issues relating to damp reported to us by residents at Montreal House.

“Our surveyor is working with the freeholder and its property management agent who is responsible for the apartments above our residents’ homes in order to help identify the source and to get the matter resolved ASAP.”

A Barratt Developments spokesperson added: “The only issue reported to us at Montreal House was a leak earlier this year.

“This was fixed, however it seems that it has reoccurred so we are now working hard with Affinity Sutton and the managing agent to resolve it.”

Southwark NewsNews‘Our flats are plagued by leaks and mould’