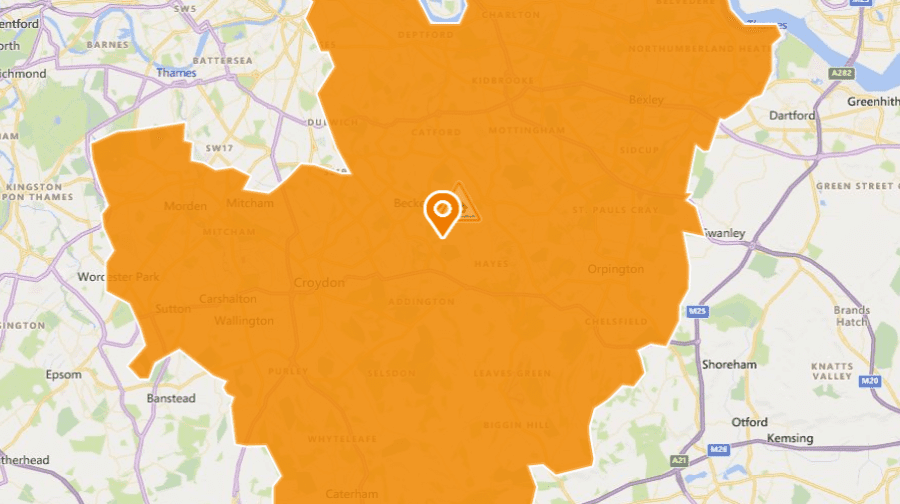 A map of the affected area

A flood alert was issued this week for Southwark and large parts of south-east London and east Surrey.

The government’s flood information service put the alert in force on Tuesday (February 25) afternoon saying groundwater flooding is ‘possible’ within the area shown on the map above.

It comes after high rainfall from storms Ciara and Dennis.  Further wet weather is expected throughout the weekend and next week.

Although some flooding is possible in Southwark, the most likely affected areas in the event of flooding would include Purley, near the Caterham Bourne.

“The Environment Agency is monitoring the situation alongside Surrey County Council, Tandridge District Council and the London Borough of Croydon. We will update this message by Tuesday 3 March, or sooner if the situation changes,” the notice explains.

The government operates three levels of flood alerts and warnings.

Flood alerts are shared for areas deemed at possible risk.

Warnings are issued when flooding is expected and immediate action is required.

A severe flood warning – the highest category – means there is danger to life.