Grieving family still have no cause of death from Coroner 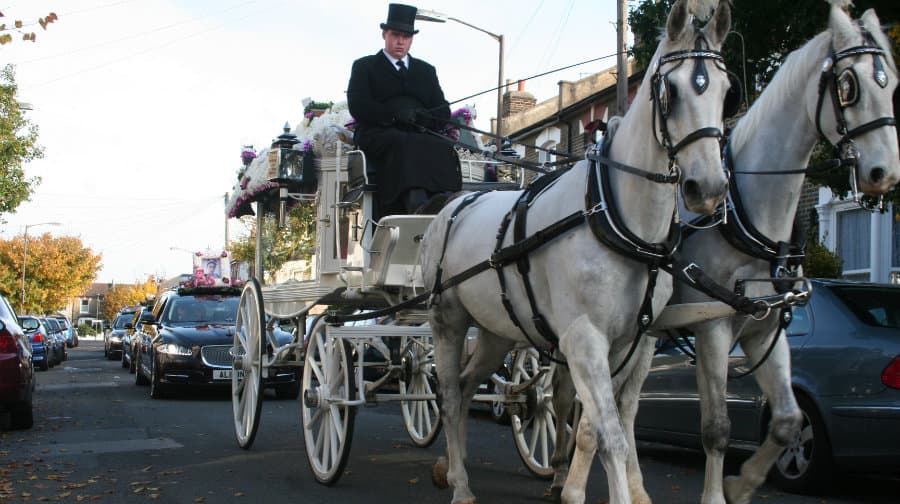 Mourners wept in the road as a horse-drawn funeral carriage pulled up outside the house of a grieving mother preparing to bury her 24-year-old daughter after she died mysteriously in her sleep.

Terrilee Louise Sanderson went to bed on August 30 and never woke up, leaving behind her baby son, Oliver, who at just twenty months old had no idea why everyone was crying as they gathered to say goodbye to ‘Tel’ for the last time on Tuesday afternoon.

A beautiful array of flowers adorned the procession of funeral cars which departed from Terrilee’s mum’s house in Crewys Road, Peckham,  before marking a route past the young mum’s favourite pie and mash shop on the way to Camberwell New Cemetery Chapel.

One card among the flowers read: “I can’t believe this day has come. I love and miss you so much.”

Mum Pam Clowsley is still desperate for answers after Terrilee’s body was kept by the Coroner for weeks with no explanation and a cause of death has still not been given.

Following coverage in the News last week, she has now been offered a private audience with the coroner, which she has arranged for a few days after the funeral.

Pam, who says she has lost her best friend as well as her daughter, said Terrilee had complained of being tired and feeling sick in the week leading up to her death, but she has no idea if this was the reason she died or not.

After a night out with friends where she reported feeling ill, Terrilee went home to her temporary flat on the Aylesbury Estate and to bed.

When Pam could not get hold of her that night or the following day, she said she knew something was wrong.

“I had a feeling something was wrong. She always answered the phone,” Pam told the News last week.

The fire brigade had to break the door down, only for Pam to see the horrifying sight of “caring, happy and bubbly” young Terrilee, who loved music, dancing and pie and mash, lying in her bed having passed away in her sleep.

I love you and miss you so much! We need answers, just can’t rest. Want you back more than anything!! Forever light up that sky my girl! I love you xx

Didn’t know this lady but my heart goes out to her family and friends and her little boy. So sad when I read this

My heart goes out to this lady’s family and friends and her beautiful baby boy. So sad when I saw this thinking of you all

Too sad. I pray for life every day to mine and all the youngsters. May her soul rest in everlasting peace and there be some closure on this case. God bless