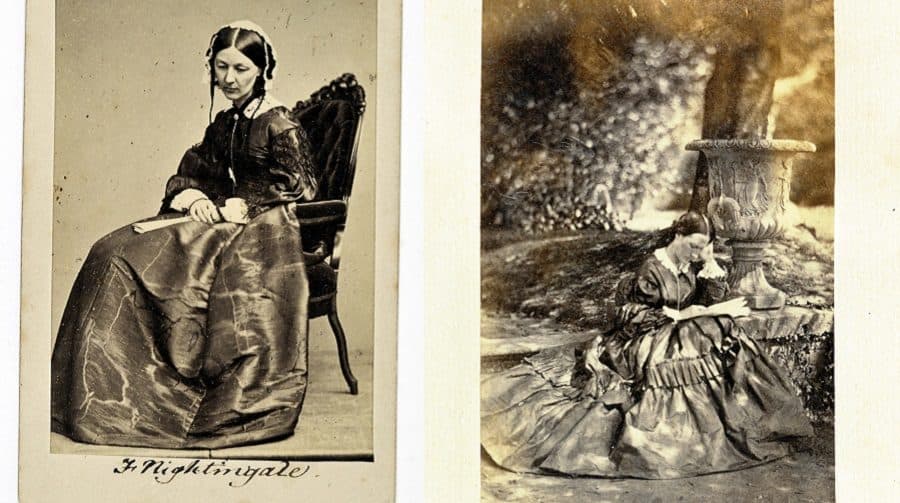 Florence Nightingale’s lamp, her medicine box of supplies and an audio recording of her voice will be among the exhibits displayed next month to mark two centuries since her birth.

The major exhibition at the Florence Nightingale museum in the grounds of St Thomas’ Hospital will showcase 200 objects relating to the world-famous nurse, to show “a visionary reformer.”

It pledges to explore both Florence’s heroic role during the Crimean War, but also the following thirty years of her life, which saw her revolutionise nursing while suffering from depression.

“Our exhibition is designed to surprise people whose knowledge of Florence Nightingale doesn’t go much beyond the ‘Lady with the Lamp,” said David Green, director of the museum. The lamp carried by Nightingale during the war, which will be displayed

“She was a powerful combination of fierce intelligence, acute scientific and analytical acumen, practical nous, the art of persuasion, human warmth and empathy, restlessness and irritability, and almost superhuman levels of energy.”

St Thomas’ Hospital takes much of its inspiration for its design from reforms promoted by Florence, and opened the first Nightingale nurse training school in the country in her honour in 1860.

Born in 1820, Nightingale is best known as “the Lady with the Lamp” for helping soldiers during the Crimean War. Her medicine chest will also be displayed

She had been working at a Harley Street nursing home when she learned of the horrific conditions facing British army soldiers in their Crimean War hospital base at Scutari.

Nightingale led a team of nurses to bring order, cleanliness and new supplies to the wards where the wounded were being treated, and it earned her national fame as a result.

However, the following fifty years of Nightingale’s achievements are often glossed over, say curators – despite this being the period of her life where she transformed healthcare.

Nightingale was passionate about using stats, research and evidence to physically change the design and structure of hospitals and their working practices in ways still used today, including at St Thomas’.

What else forms part of the exhibition?