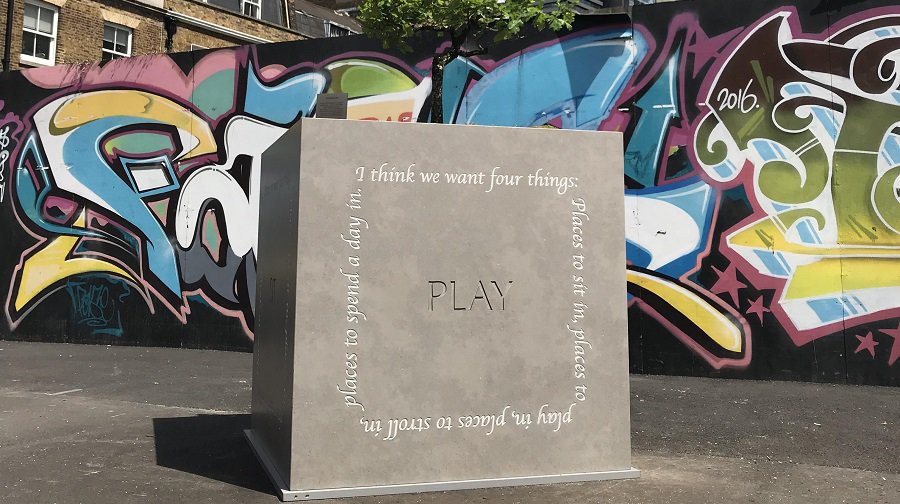 The porcelain tiled folly with a bonsai oak tree in the centre will sit in the gardens in Borough as a tribute to Octavia, who believed everyone should have access to open spaces regardless of their circumstances.

Octavia was instrumental in setting up the National Trust and was also a driving force in developing social housing and creating the Southwark detachment of the Army Cadet Force.

Cove Burgess Architects teamed up with tile manufacturer Pentagon to create the folly for London Festival of Architecture 2018.

Tim Burgess, of Cove Burgess Architects, said: “We chose to focus on Octavia Hill’s love and advocacy of green and public spaces. “Her role in protecting public green spaces is still felt today, be it on a small scale through individual parks she helped preserve and create through her activism, which eventually lead to the 1956 Clean Air Act 3, and the creation of the National Trust.

“The aim is to evoke the idea of publicly-owned space by showing the viewer what is effectively their small portion as well as highlighting the fragility of the idea by juxtaposing the contrasting context with concrete of the installation site.”

The Bonsai Oak tree which stands tall within the folly has been supplied by tree specialists Raw Bonsai and represents nature and how trees in our cities were integral to Octavia Hill’s vision.