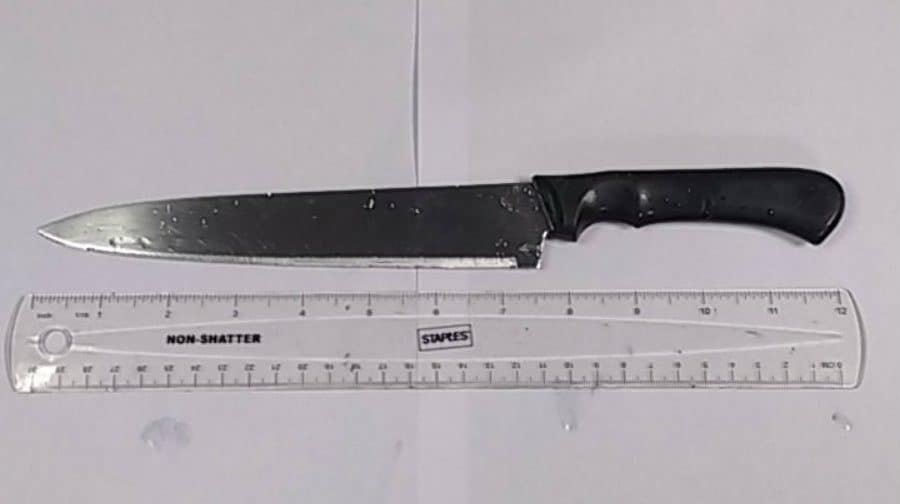 The confiscated knife (photo with thanks to @MPSGrange)

A foot-long knife was confiscated by Southwark police last week after a group of young people fled when approached by officers.

Sergeant Chris Iliffe posted a photo of the blade on social media on January 9 and said: “Recovered today in SE1 after a group of youths ran off on sight of police and discarded a knife.”

Sgt Iliffe is a member of the Safer Neighbourhood Team for Grange ward, which stretches from The Shard to the Blue.