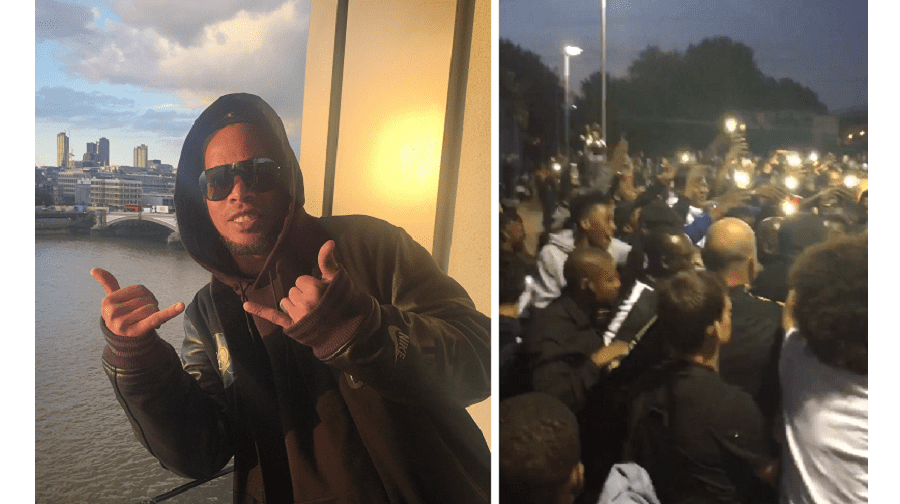 Brazilian football legend Ronaldinho shocked locals last night when he turned up for a kick-about in Peckham.

The ambassador for Barcelona FC, who helped bring home the 2002 World Cup for Brazil, turned up dressed head-to-toe in black in Brimmington Park, near Asylum Road.

The appearance in SE15 appeared to be connected with a promotion with Nike and Pro Direct Soccer. The video (below) was posted at 11:18pm by a PR agent who worked for the latter.

When you try and get @10Ronaldinho on to a pitch in Peckham… ? #NikeFootball #Ronaldinho #10RLIVE pic.twitter.com/VMeKnDTgjw

But the footage shows the 37-year-old quickly being mobbed by dozens of buzzing fans.

At 8:53pm he had sparked excitement by tweeting a picture of himself overlooking the Thames, saying “Peckham, I’m ready to ball”.