For just £280,000 this one-bedroom ‘shed’ in Brenchley Gardens, Honor Oak could be yours!

Property prices in Southwark continue to go through the roof 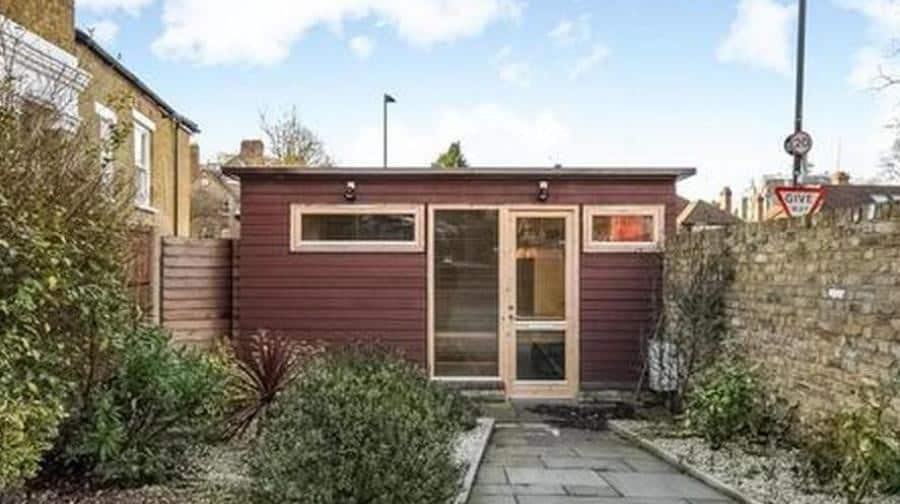 This one-bed in Honor Oak will cost you a shed load!

A new home no bigger than a shipping container has gone on the market for over a quarter of a million pounds in Honor Oak.

The recently built bunker, which resembles an overgrown garden shed, is described as “a bright and airy one bedroom property,” by estate agents, Kinleigh, Folkard and Hayward, who are marketing the mini-mansion at £280,000.

The single storey pocket palace measuring 38.5sqm is dwarfed by its fully grown neighbours in Brenchley Gardens, but it does come with its own off street parking and front and rear garden.

This is the latest example of land and property prices going through the roof in the borough, after a brick shed sold for over half a million smackers in Camberwell last year.

The Southwark Council-owned former coach house in Vanguard Court off Peckham Road, previously used to park the Mayor’s car, was flogged at auction in April for an astonishing £550,000.

'It's a rat tax': Council could nearly double cost of pest control removing rats from homes

Southwark NewsNewsFor just £280,000 this one-bedroom ‘shed’ in Brenchley Gardens, Honor Oak could be yours!