TfL are investigating the re-opening of Camberwell station, exactly a century after it last served passengers 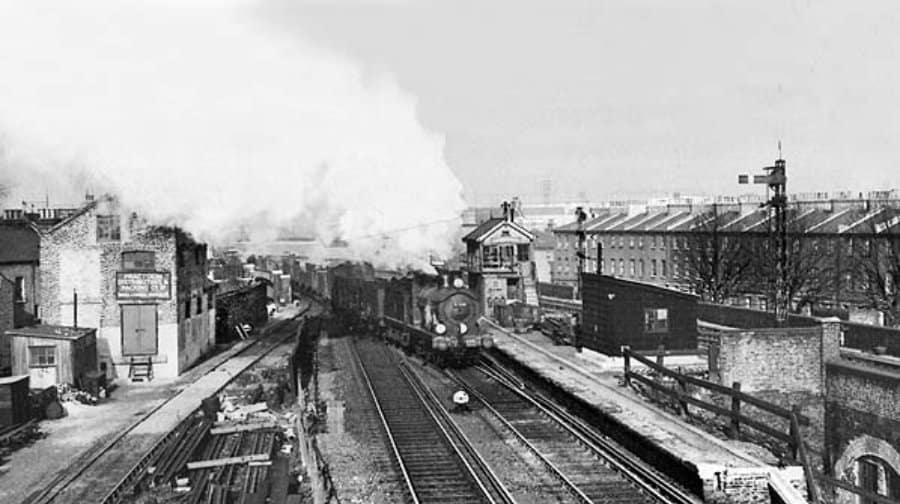 Forget the doomed Bakerloo Line extension – SE5 residents may yet benefit from a transport boost after it was revealed that Transport for London (TfL) is “investigating” reopening the long-closed mainline Camberwell station.

The ghost station, which shut its doors to passengers exactly a century ago and has since been reclaimed by nature, may be included on the Thameslink line.

Located suitably enough on Camberwell Station Road, the station served the mainland ‘City Line’ from Herne Hill to Farringdon Street when it first opened in 1862. The line also served another long-gone station, Borough Road, in Borough, which also closed in the early-20th century.

The proposal to re-open it was revealed during a Mayor’s Question Time exchange between Boris Johnson and Val Shawcross, the London Assembly Member for Lambeth and Southwark.

In a response to Ms Shawcross’ enquiry about how transport was going to be improved in Camberwell, given TfL’s rejection of the Bakerloo Line extension through the area, Mr Johnson said he was “working” on plans to re-open the old station.

He said: “TfL is investigating proposals to reopen the disused station with stakeholders, including the London Borough of Southwark. Initial feasibility indicates it would be possible to construct a modern station at this location if timetable changes could be made to accommodate an extra stop.

“TfL will be working with Network Rail and the London Boroughs of Southwark and Lambeth over the next few months to further develop the feasibility of this proposal.”

Ms Shawcross welcomed the news, explaining: “I know that when it was announced that the Old Kent Road routing for a new Bakerloo Line extension was chosen for further study a lot of people in Camberwell, and myself were understandably disappointed.  Considering its location so close to central London, the lack of transport infrastructure in Camberwell is well overdue for attention.

“This is a positive indication that TfL do have ambition to finally tackle this problem and I’m very pleased. This kind of project is a fairly long term undertaking but the early signs are very good, so watch this space to see how the plans develop.”