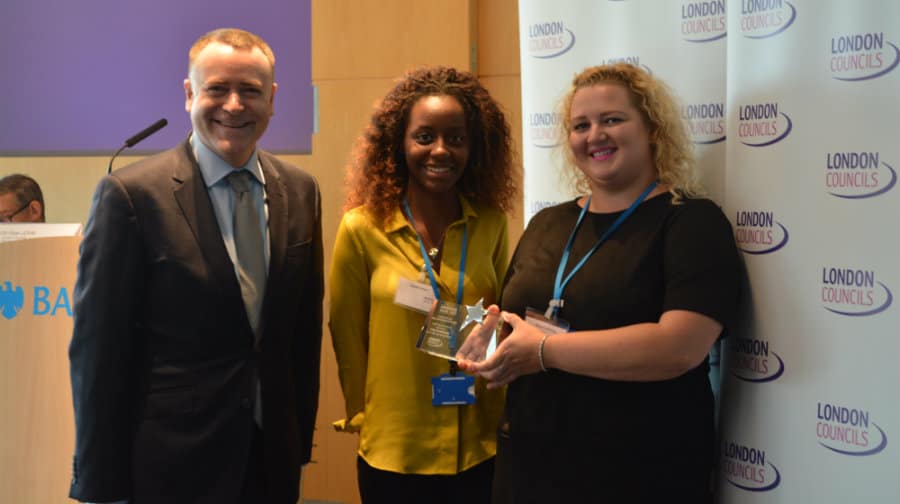 A former apprentice at Southwark Council has won an achievement award as she is now heading up a team of eight people.

Erika Grudinskyte joined the council’s apprenticeship scheme in 2011 after being made redundant. Last week she was awarded the London Borough Apprenticeship Award for ‘best progression’ as she is now a team manager in the specialist housing services department.

Southwark Council Leader Peter John, who presented Erika with the award in his role as London Councils’ Executive member for children, skills and employment, said: “Erika’s story should be an inspiration for anyone considering an apprenticeship, demonstrating how commitment and hard work really can pay off, and give you a foot on the ladder to an excellent career.

We are really proud of all she has achieved, and for winning this prestigious award in the face of some stiff competition. Well done Erika!”

Erika said: “I didn’t expect to win and I am delighted. Hard work is really recognised at the council, and I’m grateful to my managers who helped to push me in the right direction.”