Cake, bubbly and bunting were all laid on for the good old Bermondsey girl 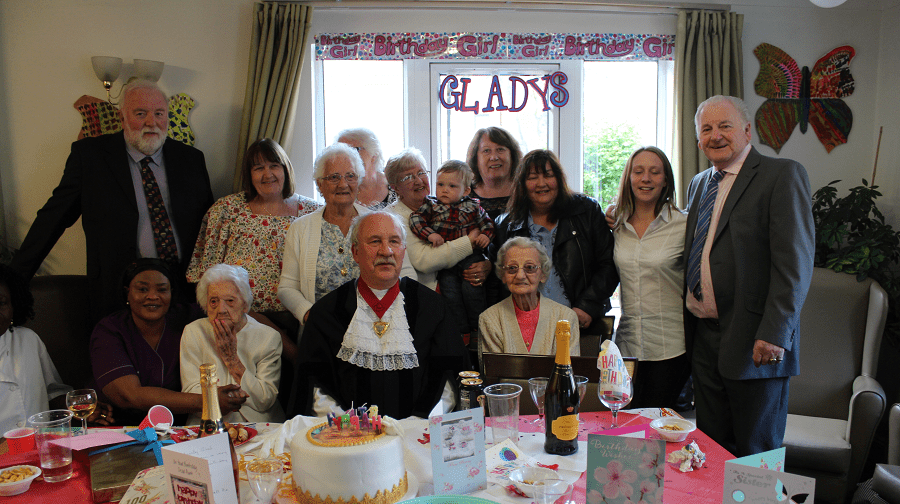 A former Bermondsey biscuit factory worker has celebrated her whopping 104th birthday with a party thrown by her carers.

Cake, bubbly and bunting were all laid on for Gladys Gorringe as she celebrated on April 10 at the Rose Court care home in Rotherhithe.

Gladys, who suffers from dementia and cognitive impairment, was born in Walthamstow in 1913, and moved to Bermondsey when she got married.

She is the oldest of 58 residents at the Anchor-run care home in Lower Road, and has been a widow since 1966.

She spent her working life at the Peek Freans factory in Drummond Road.

Sisters Rose and Winifred were also able to join the party, as well as nephews, nieces and grandchildren, spanning five generations of her family.

At the party, an entertainer provided live music of old songs to the delight of the elderly residents. A visit was also paid by the borough’s deputy mayor, councillor Charlie Smith.

Care home manager Juliana Ahunanya said she was “very proud and lucky” to have shared this special moment with Gladys and her family.