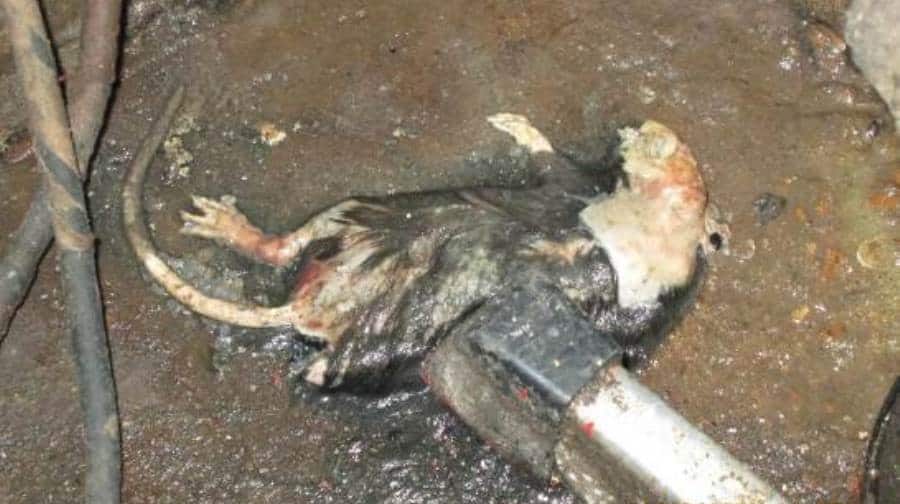 A former food shop owner has been ratted out by council inspectors who found decomposing vermin in his premises.

The manager and the proprietor of Ash Meat and Fish in Peckham were both sentenced to suspended jail terms last Friday at Woolwich Crown Court after being found guilty of a raft of food hygiene and safety breaches.

An investigation by Southwark Council’s trading standards team in October 2013 found decomposing rat carcases and evidence the whole place was riddled with rats, mice and insects. There were rodent droppings, gnawed packaging, flooded floors, and no hot water supply.

Former owner, Mr Shakeel Ahmed Butt, of the shop at 133 Rye Lane, was sentenced to eight weeks in prison suspended for two years plus 100 hours unpaid work and he was ordered to pay £3,000 in fines and costs. Mr Butt was also issued with a Hygiene Prohibition Order which prevents him from being involved in the management of any food business for at least six months and until deemed fit by Southwark Council.

Manager, Mr Shabaz Ahmed, was sentenced to four weeks in prison suspended for two years plus 50 hours’ unpaid work and he was ordered to pay £2,000 in fines and costs.

Mr Butt and Shabaz Ahmed pleaded guilty to 15 offences of breaching food safety regulations at Camberwell Green Magistrate’s Court on November 28 last year, when the judge deemed the case serious enough to send to the crown court for sentencing.

After the offences took place in 2013, the shop was closed down and the owner ordered to dispose of five tonnes of contaminated and damaged food. The premises were allowed to reopen after a ‘substantial’ clean-up operation.

Cllr Michael Situ, Southwark’s cabinet member for community safety, said: “This is a horrific violation of food safety regulations. Not only have Mr Butt and Mr Ahmed acted irresponsibility, they’ve also put the health of their costumers in great danger.

“Thankfully, cases like this are very rare in Southwark and most food establishments here possess a good record of cleanliness.”