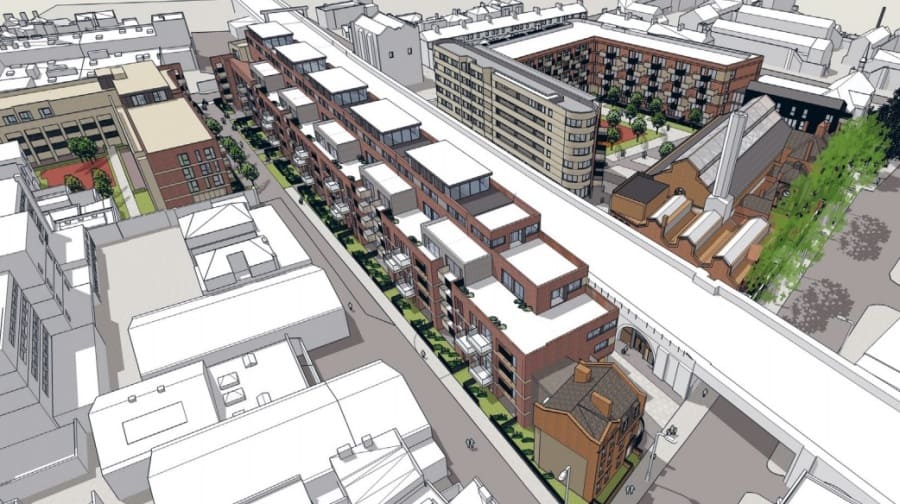 A former rubbish dump is set to scrub up nicely as eleven new blocks of 270 flats and ground floor shop units.

Notting Hill Housing bought Manor Place Depot in Walworth in November 2013 and has now submitted a planning application to Southwark Council to transform it into new homes while retaining some historical treasures on the site.

The Grade II listed old Pool House and Wash Houses, currently used as a Tibetan Buddhist Centre, will be refurbished and the former Coroner’s Court will be retained at the front but demolished at the rear.

Out of the 270 new homes proposed, 257 will be provided within new buildings ranging from two to seven storeys high, divided into eleven separate blocks. There will be 44 affordable rented units, 60 available for shared ownership and 166 at market rent.

Manor Place Depot was formerly owned by the council as a waste management facility until 2013 and most of the site has been vacant since then.