It will also have a coffee shop and community exhibition spaces 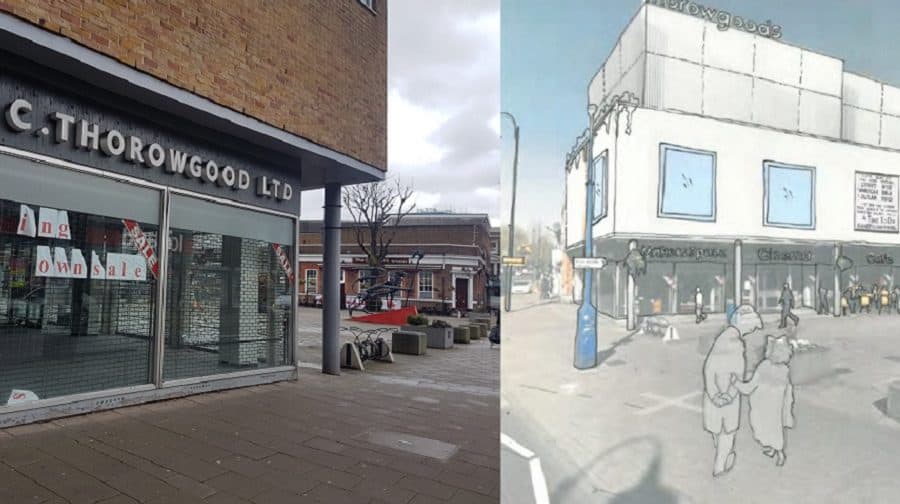 Bermondsey’s Thorowgoods furniture shop is to become a cinema and community space.

The ambitious plans would see the now-vacant store in the Blue Market transformed by summer next year into a three-screen cinema average tickets prices of £6.50 and staff paid a living wage.

An affordable food market is also proposed, alongside a community and exhibition space.

The change was announced by South Bermondsey ward councillors Leo Pollak and Leanne Werner at a meeting on Monday evening. How it will look

“After years of working to improving the mix of shops and stalls at the Blue, and intervening on the sale of Thorowgoods, we are hugely proud to have secured a three screen cinema, community events and exhibition space and an affordable food market showing the best of local producers,” said Cllr Leo Pollak of Southwark Council.

However, the move would need to be approved by Southwark Council cabinet and Planning Committee.

Really Local Group said it hoped “to be able to curate a new ‘cultural quarter’ for the town and secure collaboration opportunities with local independent businesses, artisans and traders.”

The news has been welcomed by Bermondsey residents with one saying: “Amazing, well done all, this is exactly what the Blue needs!”

“Great!” added another. “The more cinemas, the better!”

Further updates are expected in the coming days, according to the Blue Bermondsey BID.

fantastic news it will be very good for bermondsey