Heller had suggested introducing a vegetarian zombie who asks for the vegan alternative while his colleagues tuck into human flesh. "I put this idea to the Monday morning script conference. The producer said, in genuine anger, “You have not respected the artistic integrity of Cycle Sluts” and I was fired on the spot." 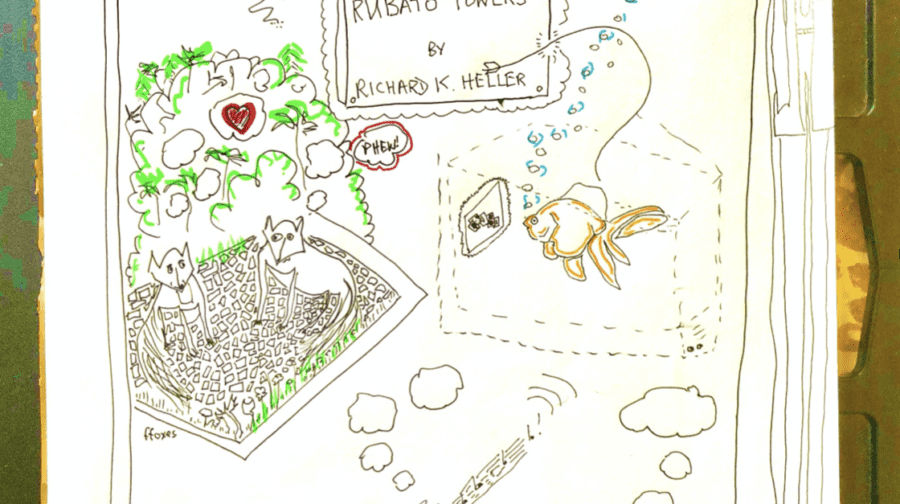 Richard Heller is an ‘author, freelance journalist, screenwriter, speech writer, cricket writer, book editor’ residing in a converted school in Bermondsey where he has used 2020 to put his ‘crazed memories of lockdown’ into his latest novel, The Prisoner of Rubato Towers. And besides having on his business card ‘Anything written for money’ he was once asked to be a writer on a film called Cycle Sluts Versus The Zombie Ghouls, which was enough for me to know I needed to meet this man, writes Michael Holland…

Over coffee in Bermondsey Square this veteran of the typewriter explained the meaning of Rubato, then regaled me with tales of being chief of staff to Denis Healey (former Deputy Leader of the Labour party) and Gerald Kaufman (then Shadow Home Secretary) in the 1980s, before being dismissed after attacking Labour’s unilateralist defence policy in an article in the Times. And, of course, the zombie tale I had been dying to hear. A story that was never going to end well for the man who wrote comedy and satire at Balliol College, Oxford before going on to be the Mail’s resident humorist.

Obviously saving the best for last, Richard told of how he had suggested to the film’s producer the idea of a vegetarian zombie who asks for the vegan alternative while his colleagues tuck into human flesh. “I put this to the Monday morning script conference. The producer said, in genuine anger, “You have not respected the artistic integrity of Cycle Sluts” and I was fired on the spot.”

All this was recounted with more than a glint of mischief in his eyes. The author bowling in Pakistan

But we were here to talk about The Prisoner of Rubato Towers, which he gives me the blurb for:

‘A wild escape from lockdown through fantasy, satire and sheer comic genius. Richard Heller is a man of letters, few of them answered, and a cricketer in the sunset of a career which never really had a dawn. He has been confined to his premises in Rubato Towers, London SE, which he shares with a mouse and two fornicating foxes.

He gives regular piano recitals to his neighbours and they bang on the walls and ceilings to hear more – sometimes half the night, they just won’t let go.

He has been free of COVID19 but suffers from a regular Mystery Virus, producing flu-like symptoms, which he named after Peter Mandelson.

He is writing an autobiography, full of the famous people who knew him, called My Goodness, How I Roared! and compiling a set of upbeat homilies called Happy Talk, tasks regularly interrupted by the tiresome Prodnose.

He faces competition in the upbeat homily market from the Resident Mouse. His entourage expands to include a poetic cockroach who claims to be the famous archy and a bridge-playing goldfish.

I for one would like to see the fly on the wall film of Richard’s days in lockdown when he was writing this. Here is an excerpt from the very early days of self-incarceration:

“I shall miss my recent excursions to local Arabic shops (which appear to have better and nimbler supply chains than many household names) and the excitement of buying tinned goods with no English script in the hope that they will contain something like the illustration. Otherwise my routine of time-wasting on Twitter, footling on Facebook, nestling into Netflix and naps between naps will be little affected.”

All that and more can be found within the covers of The Prisoner of Rubato Towers, and all for under seven quid.