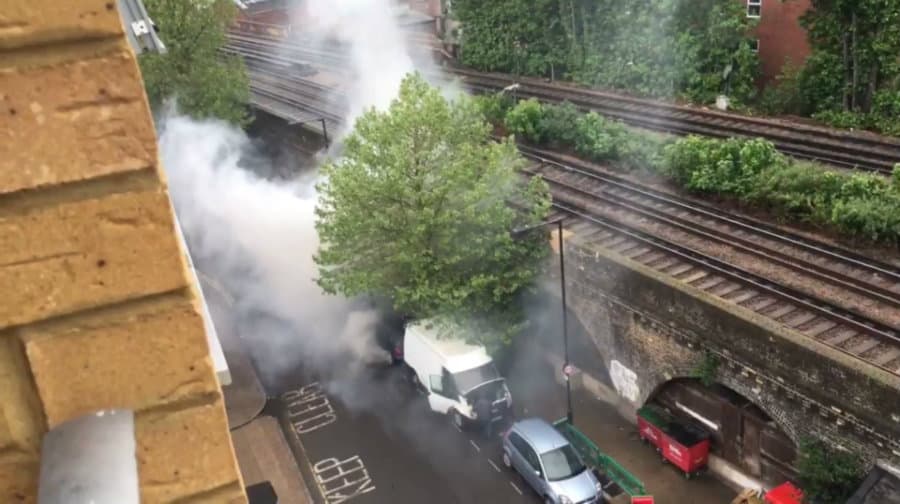 Forty abandoned cars have been cleared from a Camberwell street in the last month, at the behest of angry residents.

Rows of unwanted rust buckets were regularly being parked illegally by several repair garages in Camberwell Station Road – directly opposite a block of newly-built apartments.

Tim Daniels, 34, whose flat in Woodrow Court is directly above the road, said: “This has been going on for months. There are so many repair shops here that leave all their cars on our road.

“It makes parking impossible, they block the way and it creates an unbelievable amount of noise and smoke, and they either work really early in the morning or late at night.

“There are children who have been cut by broken glass they leave and they let petrol leak into the drains, so the Environment Agency has had to get involved. It’s a constant issue.”

The council has said that despite regularly issuing parking tickets for highway, environment and parking infringements, the garages owners had persisted in leaving often-untaxed-and-uninsured vehicles in hazardous positions.

Tim added: “We’re really close to the Lambeth border, so the garages sometimes just move them to the Lambeth side of the road, and then move them back after Southwark Council have come to tow them away.

“They are very clever, but they are starting too p*** off the wrong people. We want to get them evicted by the council.”

The council’s cabinet member for communities and safety, Barrie Hargrove, said: “It’s unfair that the lives of residents were blighted by the actions of a handful of irresponsible garage owners.

“Much like any other business, garages have a responsibility to carry out their dealings with full consideration of their local community. Any business failing to do so will be met with enforcement action.”

“As a result, working with our partners to support joint-enforcement in this area is now a ward priority for Camberwell Green.

“Anyone with concerns can email our team on CamberwellGreen.SNT@Met.Police.UK or call Crimestoppers anonymously on 0800 555111.”

Good Job these goons need to be evicted