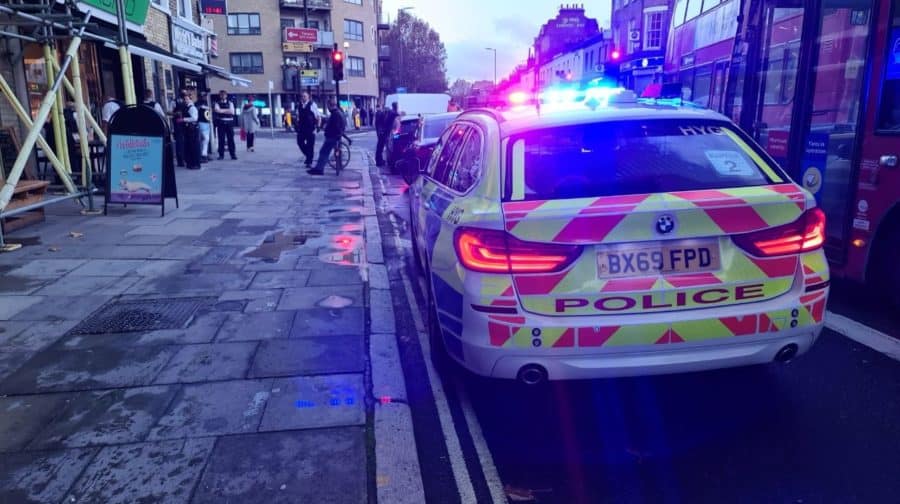 Officers had dedicated 'stop shops' set up in London Bridge and Clapham Common, and were out on patrol in central London looking for suspicious activity

A loaded firearm, eleven-inch machete, and drugs were seized by police last week in a crackdown on violence in Southwark and central London.

Forty-six arrests have been made so far during ‘operation Aldrin’, targeting offenders with automatic number plate recognition technology and stopping vehicles on London Bridge and Clapham common.

The arrests were made for supplying Class A drugs, weapons offences and money laundering.

A total of 73 vehicles were searched, resulting in sixteen drug seizures and five weapons taken off the streets.

One stop, on Thursday, October 29,  saw a vehicle known to be linked to drug dealing active a recognition camera in Embankment.

During the search around 50 wraps of cocaine and heroin were found along with £6,200 in cash.

Another, held on Saturday, October 31, officers near London Waterloo station saw two men acting suspiciously – one found to be carrying a lock-knife.

Chief Inspector Jack May-Robinson said: “This is the first year we have run operation Aldrin and it’s with huge success.

“The aim is to reduce the number of weapons on our streets and disrupt offenders from carrying out their criminal activity, ultimately it keeps communities safe.

“This huge effort forms part of our Autumn Nights activity, a three-week intensification on existing efforts within the Met to prevent and bear down on violence in all its forms.

“We know that when nights are darker anti-social behaviour and violence can increase, but high visibility, proactive operations like this ensure we are relentless in our pursuit to reduce crime in our city.

“I’d like to thank all of the officers who worked long, late hours into the early mornings to arrest offenders, remove weapons and drugs from our streets and instil confidence in our communities.”