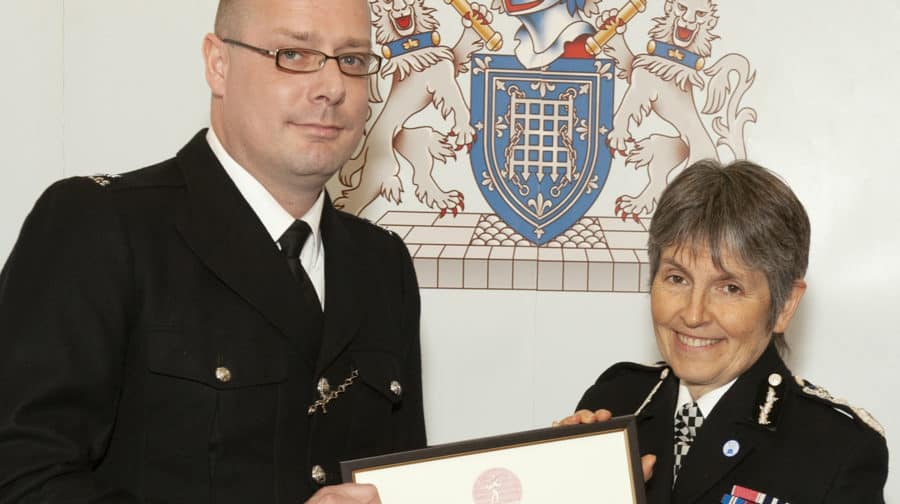 PC Nick Waller, also the LGBT liason officer for Southwark police, was among those receiving a commendation Image: Met Police)

Four Southwark police officers have been awarded a special commendation for assisting in a medical procedure in the middle of a crowded nightclub.

At around 2am, PCs Gibson and Waller were called to a pub in Camden’s Malden Road, to a 44-year-old man unresponsive on the floor.

PC Gibson managed to get the man’s airways open to let him breathe – but he went into cardiac arrest.

PCs Cox and Crutchlow rushed to the scene with a paramedic and all four officers took turns to give CPR until the air ambulance could arrive.

All four helped a doctor perform a thoracotomy on the pub floor. The victim was rushed to hospital but sadly died two weeks later.

But officers remained on the scene and were able to identify a suspect who was later charged with murder.

Speaking at the commendation ceremony, Commissioner Cressida Dick said: “It is with great pride that I commend the police officers whose stories of bravery and professionalism we heard today.

“They acted without a thought for their own safety and I thank them for their courage and their determination to keep London safe.”