Video: Fox saved in daring rescue after getting stuck on boat during rising tide in St Saviour’s Dock 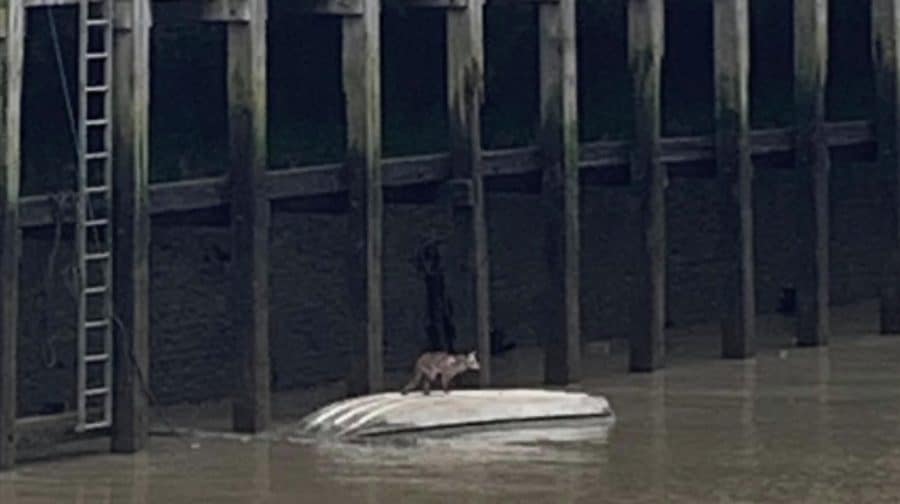 The fox found herself trapped on a boat as the tide was rising Image: Emma Sanderson-Nash

A scared fox who found herself trapped on a boat in a dock as the ride was rising on Saturday was rescued thanks to the joint efforts of the RSPCA and the Fire Brigade.

The little fox found themselves stuck floating on an overturned boat in Bermondsey’s St Saviour’s dock at around noon on Saturday, just as the tide was beginning to rise.

The scared animal actually fell into the water several times as crowds waited with baited breath for the RSPCA to rescue her.

The dock is currently covered in scaffolding for repairs, which firefighters and the RSPCA managed to use to rescue the stranded creature, said witness Kathleen Ehrlich.

“Our guess is that she might have come along the foreshore, gotten on the boat and then been caught out as the tide started to come in,” she said.

“Members of the LFB from several surrounding fire stations as well as the RSPCA turned up to try to rescue the fox. I don’t know who called it in initially.

“She actually fell into the water several times in strong currents before the RSPCA were able to reach her.” 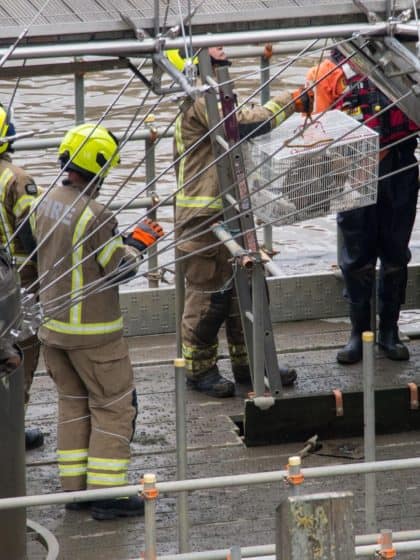 Firefighters used planks from the construction to create a platform to reach the fox Image: Rob Wilkinson

Rescuers used boards from the scaffolding on the dock to create a platform across the water to rescue the fox.

“It was really an amazing effort,” she added. 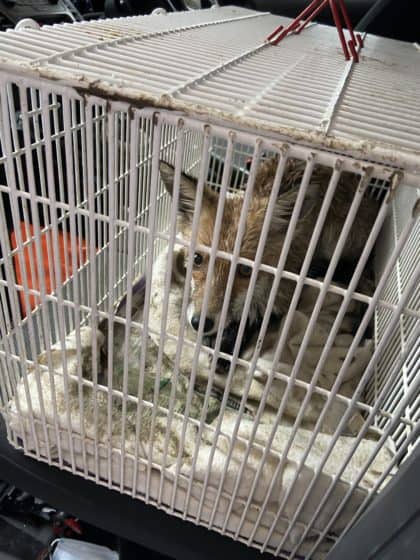 The fox was rescued safe and sound Image: Kathleen Ehrlich

“The fox looked quite young and scared, but the RSPCA told us that they were going to warm the fox up and feed it and then release it, so I think it was going to be well looked after.”

Another witness, who goes by the name Timothy P, live-tweeted the daring rescue on social media as it happened.

“’I’m pleased to report that the fox was saved – eventually – and the fire brigade got a round of applause from all the onlookers!” he said.

Southwark NewsNewsVideo: Fox saved in daring rescue after getting stuck on boat during rising tide in St Saviour’s Dock