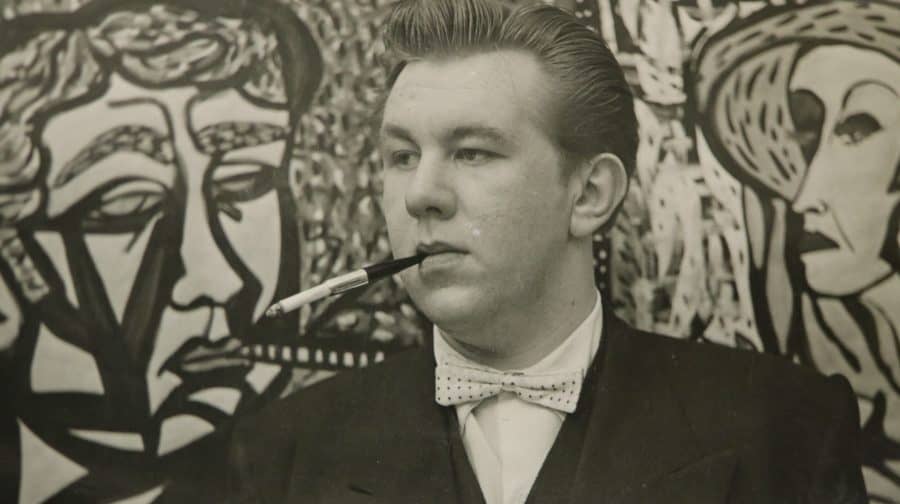 A new exhibition profiling the work of the late painter Stanley Lench, who had his work exhibited in New York’s Museum of Modern Art, aims to help the forgotten Peckham-born artist achieve recognition.

David Trowbridge befriended self-taught painter Stanley Lench in 1965 when they were both taking part in amateur dramatics at Hoxton Hall.

Their friendship continued until Lench’s death in 2000, a decade after he stopped painting due to his worsening mental health.

Since then, Mr Trowbridge has dedicated much of his time showcasing little-known Lench’s work in the north of England, and now wants to raise Lench’s profile in south-east London.

Mr Trowbridge told the News: “Stanley’s great achievement of selling and exhibiting a painting in New York’s Museum of Modern Art and in two exhibitions in London’s West End has been forgotten.”

He added:?“He did not have the skills or the ability to organise art exhibitions or promote himself.”

Stanley Lench was born in 1934, to a large family living at number 42 Peckham Grove. He suffered from depression his whole life, an illness that both led him to pick up a paintbrush, and prevented him from achieving his full potential.

During WW2 Lench stayed in south-east London rather than being evacuated, a fact that Mr Trowbridge believes could have led to Lench’s first breakdown, when he was hospitalised as a teenager in 1948.

Lench was treated on the children’s ward, at Maudsley Hospital and during his recovery discovered art, which would become his great passion.

Although he received no formal training, Lench threw himself into painting and achieved early success.

In 1955, at the age of 21, his work was exhibited at Helen Lessore’s famous Beaux Arts Gallery, in Bruton Place, recognised as one of the London’s most important art dealers. On the back of the exhibition, Lench was invited to study Stained Glass at the Royal College, where he graduated with a diploma three years later.  In 1958, at the age of 24, he held his second exhibition at the gallery, attracting the attention of the famous poet and critic Dame Edith Sitwell, who purchased two of his Cubist-inspired portraits.

He also gained the backing of New York’s Museum of Modern Art which purchased his portrait of actress Pola Negri and exhibited it in 1959 and in 1960, alongside work by Pablo Picasso and Jackson Pollock.

But just as his career was taking off, Lench’s mental health was beginning to deteriorate as he struggled with a fear of rejection.

Mr Trowbridge said: “After MOMA bought one of his paintings he thought this was the start of a blossoming career, but not being evacuated he had very limited schooling and was quite possibly traumatised by the blitz.

“He got so worried about being rejected, it was incapacitating.”

Struggling to earn money or gain employment, Lench started buying antiques and had his own antique stall, which he run with his Aunt Lily, for twelve years at the Bermondsey Friday morning antique market until 1973.

That year he had another breakdown, and was again hospitalised at the Maudsley before being transferred to the Bethlem Royal.

During his time as a patient he embarked on a prolific period of painting, with these works exhibited in 1974 at the Institute of Psychiatry, to celebrate the institution’s 50th anniversary.

Another spell in at the Bethlehem Royal Hospital came in 1985, by which time Lench had faded from the arts world.

During this hospital stay a fire started in his family’s Peckham home. Fortunately his paintings were saved, but some had smoke damage.

Mr Trowbridge says the incident left Lench devastated, and the pair arranged for his collection to move to Mr Trowbridge’s home in Cheshire for safe-keeping. A few years later Lench gave up painting for good and and was left frustrated in his job working as a gallery attendant at the Tate, telling his friend: “I’m the true artist, and they all just walk by me.”

After many years of ill health, Lench died in 2000.

Poignantly, at the time he was living with his elderly aunt in a council flat in Camberwell’s Welton Court at the time, overlooking the Camberwell College of Art and South London Gallery.

Since the 80s, Lench’s work has been exhibited in Bethlehem Hospital’s Museum of the Mind, and several galleries in the north.

But as yet his work has yet to achieve recognition in Peckham.

Mr Trowbridge said: “He really declined and it was very sad to see.

“It is only now, due to the internet, it is possible to see just how much his work was so highly valued and appreciated in New York and not in his hometown of London or in Peckham where he lived all his life.

“He was a self-taught artist who received no formal art training yet achieved so much.

“He was born in Peckham and died in Peckham, and people in Peckham should know about him.”

The retrospective, Icons: The Art of Stanley Lench, held at the Central Art Gallery in Ashton-under-Lyne is on display until April 7, 2018.