‘Friendly but quiet’: neighbours pay tribute to Bermondsey OAP who could have been murdered 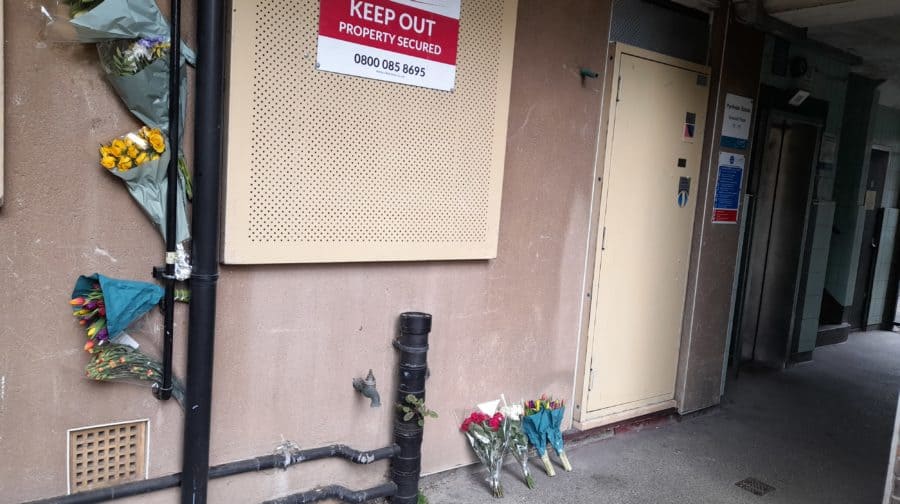 An elderly Bermondsey man whom police think could have been murdered has been described as a “friendly” but “quiet” person who “kept himself to himself”.

The 78-year-old, whom neighbours on the Pynfold Estate said was called Mustafa and originally came from Turkey, died after “sustaining a head injury” last Wednesday, May 12. Police then launched a murder investigation.

Flowers have been left outside the front door of Mustafa’s ground floor flat on Jamaica Road. The windows looking onto the road have been boarded up by police. Forensic investigators were seen around the flat in the days after his death.

One woman who looks after her daughter’s dog when she is at work said Mustafa “very much kept to himself, but was very friendly”.

“He used to sit outside in nice weather and stroke the dog when we walked past,” said the woman, who declined to be named.

“I don’t think he spoke too much English but you could tell he was a nice man.”

Two other residents agreed that Mustafa seemed a private person but was a friendly presence in the estate’s central courtyard.

Officers were called to Mustafa’s home last Wednesday at 11.55am to reports of an unresponsive man.

Despite the efforts of police and paramedics, Mustafa was pronounced dead at the scene. A postmortem held the next day established the cause of death as a head injury.

Police say they believe they know the victim’s identity and “enquiries continue to inform next of kin” before formal identification in due course.

No arrests have been made as part of the investigation. Enquiries into the circumstances are ongoing.

To remain anonymous contact the independent charity Crimestoppers on 0800 555 111.

Southwark NewsNews‘Friendly but quiet’: neighbours pay tribute to Bermondsey OAP who could have been murdered