She was born in Wales in 1910 – the year before George V was crowned King, but moved to Elephant and Castle as a girl, and lived in a Peckham care home since 2002 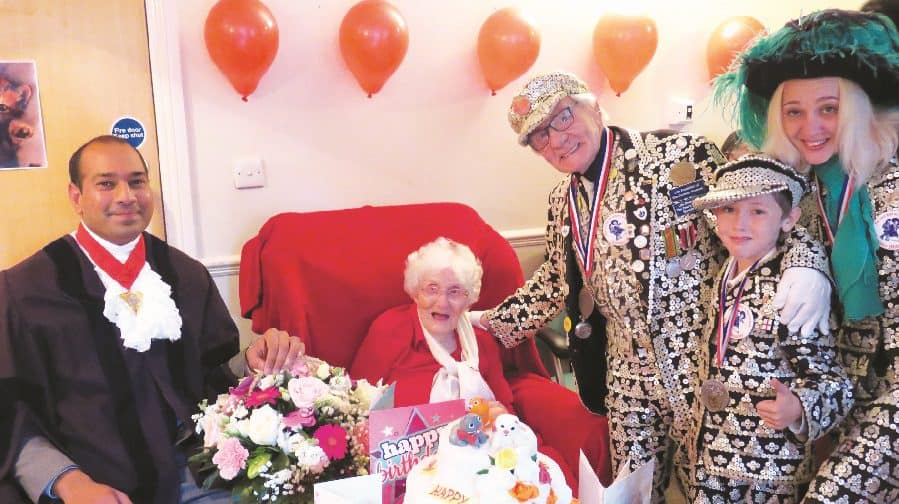 Friends and carers of 107-year-old Winifred Williams, are in mourning after the Peckham pensioner’s death at Greenhive care home.

Staff believe it is likely that Winnie was the oldest person living in Southwark, although this had not been confirmed.

Edna Rafferty, the care home’s deputy manager, said Winnie started feeling unwell on Wednesday October 4, and had stopped eating. A doctor prescribed her antibiotics on the Thursday, but on Friday she died in her sleep.

“Winnie also came up with the Greenhive name. We asked the residents to name the home when they moved in. She was the queen of Greenhive.

“She would often sit in the reception on a chair, and greet and talk to the guests. And she knew the door codes, so she would open the door for people.”

Winnie had no known relatives, and was an only child. She was born in Wales in 1910 – the year before George V was crowned King.

Her parents moved to Southwark when she was a child, and she attended Rockingham Road Elementary School in New Kent Road.

For her 107th birthday on August 2, the home was decked out in red – her favourite colour – and staff baked a cat-themed cake for the animal-lover.

And when the News visited on her 106th birthday, her best friend Grace Watson said: “I met Winnie 35 years ago when I was working in another care home in Sumner Road before she moved to Greenhive.

“Winnie loves music and has hundreds of vinyl records and CDs, and she was a great dancer. Her favourite artists are Aled Jones, Anne Shelton and Doris Day.

“When I first looked after her she was a very big reader, and would love writing letters to people.”

Her funeral had been planned for October 25, but Edna said it will be rescheduled, after it was discovered on Monday that Winnie owns a private burial plot in Camberwell Old Cemetery (Forest Hill Road). A new date has yet to be confirmed.