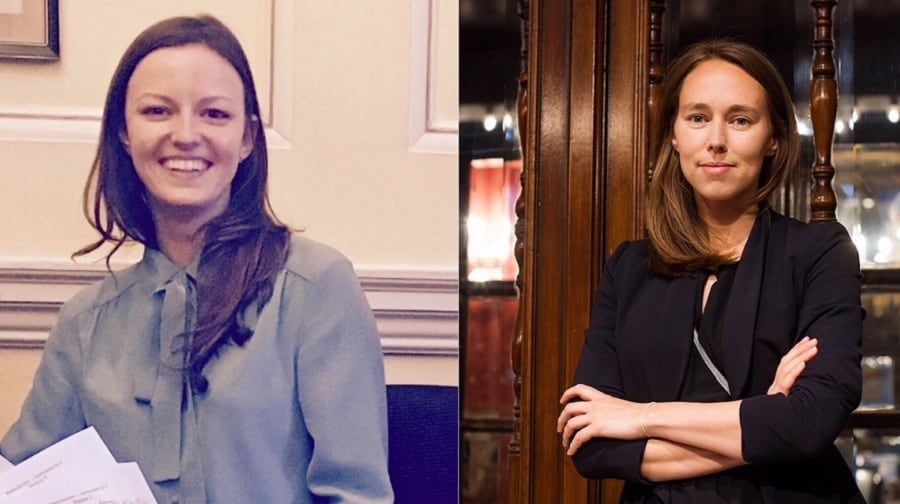 A pair of friends decided to launch their own guided walk of Rotherhithe after moving to the area and becoming fascinated with its history.

Yulia Kitova, 30, and Valerie Strachevskaia, 29, were struck by how much history was on their doorstep after moving to Rotherhithe three years ago.

After finding that they discovered more about the history of the area and the docks each time they showed relatives and friends around Rotherhithe, the pair, who met while studying at Oxford University, had a lightbulb moment.

“When our friends and families were visiting us we were just walking around showing them the area and I just noticed that people were saying it was very fascinating,” said Yulia, who works for a consultancy firm.

“I noticed I would meet people who were tourists and they would know about Buckingham Palace and not Rotherhithe but it’s definitely still worth coming to discover the area.

“We’ve been discovering really interesting things in the area, including the docks and what the area looked like in the nineteenth century, and we’ve got an amazing pub, The Mayflower, and the Sands Films Studio so we decided to combine all those things together. “We’ve organised a two-hour walk where we’ll stop along the river telling the story about the Salter family and we’ll stop at the Sands Films Studio where they’ll open the doors for us and give a private tour and we will then go on to the famous Mayflower pub to have a drink.

“It’s all about the area and mostly the docks as well as what the Port of London used to be like and the importance of the River Thames.”

The first London Docklands & Rotherhithe Historic Walk will be held this Saturday, May 26, from 1pm to 3pm.

It will begin at Rotherhithe Station, in Brunel Road, then head up to the riverside with a few stops along the river before moving on to Sands Films Studio and finally the Mayflower.

Further tours will be held on every Saturday of the month until August 25, apart from June 3, which will be a Sunday.

Tickets cost £10, which includes a drink at the Mayflower.

To book a place, either email docklandswalk@gmail.com or visit www.eventbrite.co.uk/e/london-docklands-rotherhithe-historic-walk-tickets-46250485447