Gomer Roberts volunteered as Father Christmas, a bouncer at News pensioner party and raised over £1,000 for charity by walking down The Blue in mankini 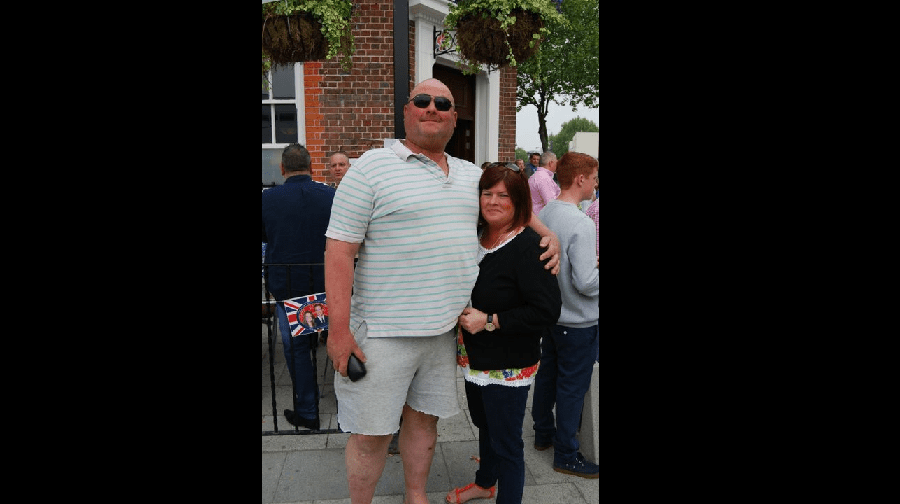 Tributes have been paid to a ‘gentle giant’ who became a well-known face in Bermondsey, whether he was playing Father Christmas to local kids or a bouncer at a pensioners’ party, writes Alex Yeates…

Gomer Roberts was familiar to many in pubs around the area due to his towering presence and sunny disposition.

Originally from Wales, Gomer, 53, moved to London around twenty years ago, living above pubs across the borough.

Friend Kevin Stokes, who spoke to the News at The Old Bank pub in The Blue, Southwark Park Road, this week, said: “We first met when he was living above the Golden Lion. He always lived above pubs.

“There used to be an ill man called Peter suffering from cancer who was living there at the time too and Gomer always used to make him dinner. That is the kind of man he was. Very thoughtful and kind. He used to like jokes and had a big laugh.”

A senior banksman [a person who directs cranes and large vehicles] by trade, Gomer’s large appearance made him hard to miss as he either raised money for charity or kept the peace as a bouncer at the News’s pensioner party in 2007 – having to separate two octogenarian love rivals who were throwing punches over the 90-year-old object of their affection. ‘So who am I going to put on the naughty step?’ he bellowed as he stepped in between them.

Pam Gorgan, another friend, said: “Gomer used to come to ours for Christmas dinner every year. He loved my bread sauce and would play with the children on the floor.

“Imagine that – a big man like Gomer playing on the floor with tiny toy cars.”

Involvement in the community ranged from dressing as Father Christmas in the square on the Blue, to raising more than £1,000 for Help for Heroes by wearing nothing but a Welsh flag and a mankini.

A lover of cheese on toast and calling everyone ‘sunshine’, Gomer was a reliable friend to all who knew him and cared greatly about his community. The cause of Gomer’s death is not yet clear.

See Gomer’s charity walk down below:

RIP Gomer you will be missed. Jim