Growing up on one of south London’s most notorious estates, no one believed Dévante Gravesande-Smith could become a barrister. As he celebrates being called to the bar, Dévante shares his story - and how he plans to change the world. 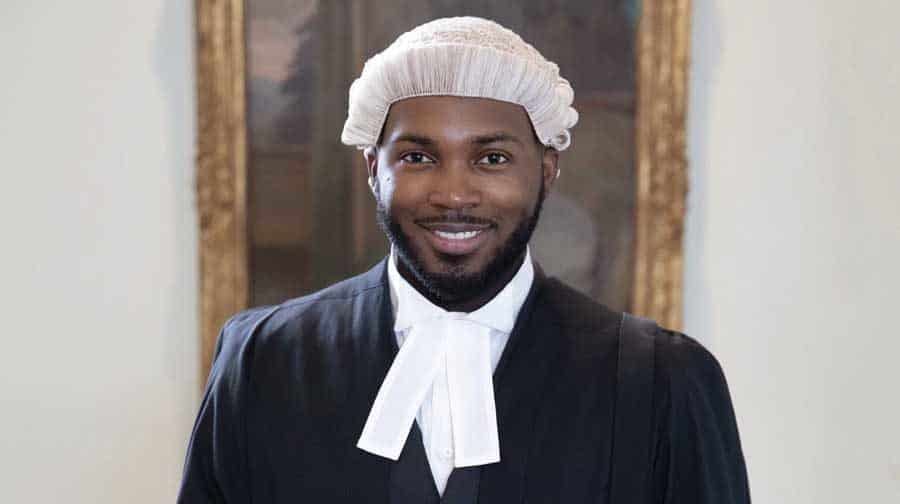 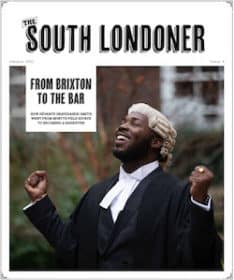 READ THIS ARTICLE AND MUCH MORE IN OUR JANUARY ISSUE OF THE SOUTH LONDONER. CLICK HERE

“As soon as I wanted to do this, I met barriers. Career advisers suggested “people like me” couldn’t become barristers. I vividly remember teachers making a mockery of me. If I didn’t have my family, I could have ended up in a totally different way. It just takes one or two people to say: “don’t do that” and the trajectory of your life changes.”

As Dévante Gravesande-Smith describes his adolescence, you realise the significance of the professional photographs he had taken to mark being called to the bar. The beaming 24-year-old in new legal robes isn’t just celebrating the end of his studies – he’s triumphing over a lifetime of unfairly stacked odds.
The grandson of West Indian migrants and a former resident of Brixton’s notorious Myatts Field Estate, synonymous with gang warfare and deprivation throughout his childhood, Dévante has faced the kind of hurdles all too shamefully common for young people of his background in Britain. And he’s quietly, determinedly skewered them all.
Speaking from his mum’s home just days after being called to the bar – “It’s still surreal!” – the softly spoken south Londoner is grace and charm personified. But doubt this brightspark’s mercurial drive at your peril. “I’ve always preferred people to underestimate me,” he grins. “I take it as a challenge: go ahead that it’s not possible for me to achieve, because it is. If I’d followed the goalposts other people set for me, I’d be a totally different person. I focused on what I wanted to do, stuck to it and it paid off.”
Unwavering determination comes, Dévante says, from his DNA. “It was tough for people to find their feet in Britain,” he says of his family’s struggle to assimilate, “but my mum and her parents had that tenacity from early on. It’s generational, that grit. Never give up. Never stop trying.”
Dévante’s early memories of life on Myatts Field are halcyon – a bubble of supportive community spirit where everyone helped out and mum served up big Caribbean feasts for the neighbours. “But it started changing when people felt left behind and without opportunities,” he reflects. “That’s where you get gang culture: people falling by the wayside and not knowing their place in society. That’s when problems seep in.”
The estate’s darker side began to emerge. “I remember next door neighbours getting raided,” Dévante says. “People used to be stabbed. You’d hear doors being kicked down. In some ways it inspired me, because I was aware of the criminal justice system from a young age. As I grew up, I saw the police abuse their powers, too – the bad side of the London Met.”
As his sense of the world took shape, Gordon Brown’s 2010 election loss sparked a crisis for Dévante that would change his life. “I felt like my side of the country, how I viewed Britain and how my family did, was rejected,” he remembers. “And I felt really scared at the prospect of a new Prime Minister – I thought, my gosh, we’re going to be left behind and forgotten about. What can I do? Get into parliament and change the world!”
Realising that David Lammy, Chuka Umunna and Sadiq Khan – “MPs that looked similar to me” – had all been lawyers before becoming politicians, Dévante’s course was set. He joined the Labour party at fourteen, devouring law news and researching cases in his spare time. But bullying became a regular experience. “Whenever people got their chance, it was: ‘Barrister? That’ll never happen!’” Dévante recalls. “I was laughed at. It was drummed into my head that people like me don’t aspire to those things.”
The hurdles didn’t lower after Dévante left school. In the UK, student loans are available to cover law degree fees – but the professional qualification required to practise as a barrister afterwards, which can cost up to £19,000, must be self-funded. The socioeconomic barrier hit Dévante hard.
“It’s horrible,” he says. “You can get good grades, be aspirational, but if you don’t come from a wealthy background the door is closed. Many of my university peers couldn’t pursue the career further because they didn’t have the funds.” 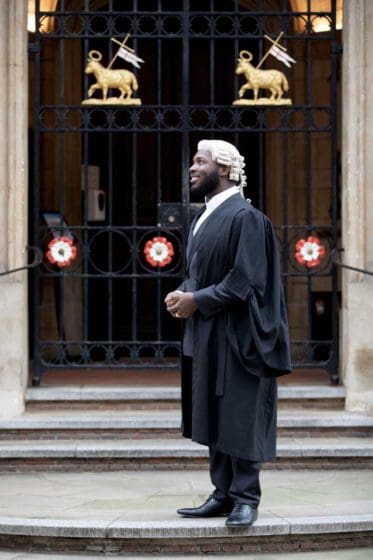 Dévante and his family worked multiple jobs to raise the money and start his dream career. But once again, an obstacle: the profession’s crushing lack of diversity. According to the Bar Standards Board’s latest report, more than a third of British barristers went to private school. There are fewer black people at the bar than population demographics warrant, and not a single full-time judge from a BAME background sits on the Western Circuit, the geographic bar region covering Britain’s south and south west.
“It’s been very uncomfortable at times,” Dévante admits. “But I’m glad I’m here to occupy the space, make a change and make people realise that they can too. I’ve had my fair share of racial undertones, passive aggression, microaggressions. But I love the profession. I’ve had to fight to get where I want to be – a few silly comments and people turning up their nose wouldn’t do much to me. If people like me just hang on in there, it will be a better place in the long run.”
Last year, politics once again made their mark on Dévante’s path. George Floyd’s death and the worldwide Black Lives Matter protests that followed affected him deeply. “But if I’m totally honest,” he says, “it wasn’t a surprise. It’s not new for the black community: these were conversations I had with my parents as a kid in an urban area. I knew very early on that I couldn’t behave in certain ways if I was stopped by the police. I had to not come across aggressive in public, because someone may think you’re going to rob them.
“[Floyd’s death] was the straw that broke the camel’s back and made everyone aware of the issues we’ve been screaming about for a very long time. It was upsetting, but the world needed it to wake them up, smell the coffee and realise this is an issue that affects everybody.”
Now the young barrister is on a mission to empower others from non- “traditional” backgrounds to pursue law, using his own experiences as a guide. Since sharing his celebratory posts, he’s been overwhelmed by the response.
“I’ve had messages from people from all walks of life; a lot from the black British community,” he explains. “I didn’t think it would have that sort of impact. That’s when I realised: maybe little me, and my story, might actually make a difference to somebody else. It sounds bizarre, because I’m young and it’s happened so fast – but I feel a sense of responsibility to show the next generation that their dreams are achievable.”
That’s the point: Dévante’s journey shouldn’t be a “story”. It shouldn’t be remarkable that a black boy from a south London estate joins one of the most elite professions in this country. But until that trajectory ceases to be newsworthy, Dévante will share his story to inspire others.
Is he a future Prime Minister in the making? “I would hope you can expect big things from me,” he deflects with a chuckle. “I just want to empower others and advocate for the voiceless. Simple as that. If I can, I think I’ve done my job.”

READ THIS ARTICLE AND MUCH MORE IN OUR JANUARY ISSUE OF THE SOUTH LONDONER. CLICK HERE

Well done, I know the feeling trying to get into the South Wales Bar! Best of luck for the future.

We need more of this, as I know people at Uni, aspired to be barrister, but was told it would be a glass ceiling, best of luck!

Southwark NewsNewsFrom Brixton to the Bar