Fundraiser for Rotherhithe man to make album about his cancer battle 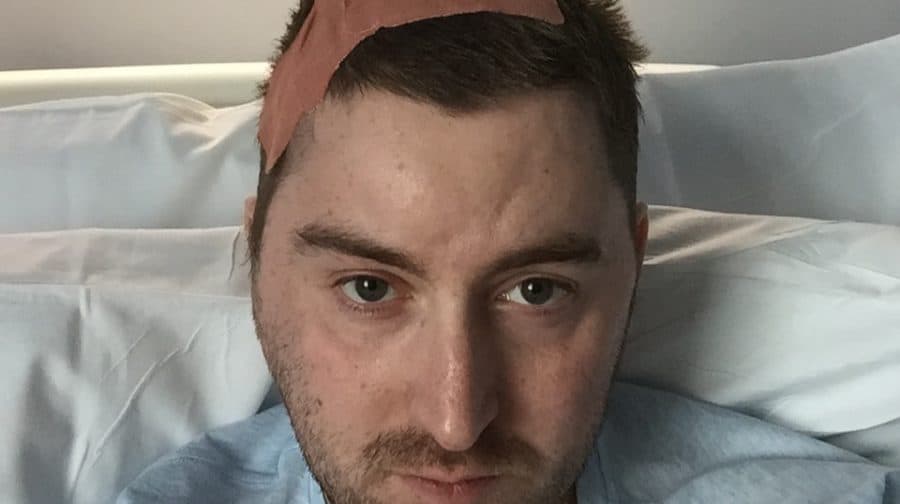 The fundraiser has been launched for Rotherhithe's David Knight, who wants to make an album about his cancer battle

A fundraising campaign has been launched for a Rotherhithe man to write and produce an album marking his journey with cancer.

David Knight, 32, had his first brush with cancer when he had a huge seizure at his boyfriend’s house in 2015 and was diagnosed with grade 2 Oligodendroglioma, a type of brain tumour.

Sadly, despite doctors removing 90% of the tumour – which the musician has named Terrence – David discovered the cancer had returned two years later and now wants to write an album about his journey.

The campaign has even been backed by McFly star Danny Jones, who called David the “the loveliest and most upbeat and positive person.”

David said: “I kept bashing up my face – chipping teeth, fracturing my eye socket, having stitches in my nose, cuts all over my head and face and biting through my tongue.

“I had no idea why it was happening – but I had my suspicions. As it turns out, it was Terrence coming back for round 2!”

David has undertaken a course of radiotherapy followed by chemo – and uses the days where has enough energy to write his album.

He said: “I write music for me. I love music. But this time I wanted to create an album that had meaning for as many people as possible, whether they have cancer or not it affects everyone.

“My ultimate goal is to help people, give them something to listen to while they’re sitting through chemotherapy, or after a diagnosis.

“I want everyone to interpret the songs in whatever way they want and maybe make them feel better.

“Laughter is important, so the album has some really light-hearted songs, but it is also a way of releasing the anger and upset that a cancer diagnosis can cause.” The money from the crowd raising drive will go towards the recording studio, the mixing and mastering as well as publicity.

The musician said he hopes the music would raise awareness, saying that being given a cancer diagnosis was like “being hit around the head with a sledgehammer.”

He added that anything donated above his target amount of £8,000 will be donated toward two charities, Braintrust and Shine Cancer Support.

The songs will be available on i-Tunes and Spotify once made.

If you want find out further details about David’s fundraiser, which has so far raised over £5,300, you can find his GoFundMe page here.