Ruby suffers from the rare Rett syndrome, which has prevented her from walking and talking since she was a baby 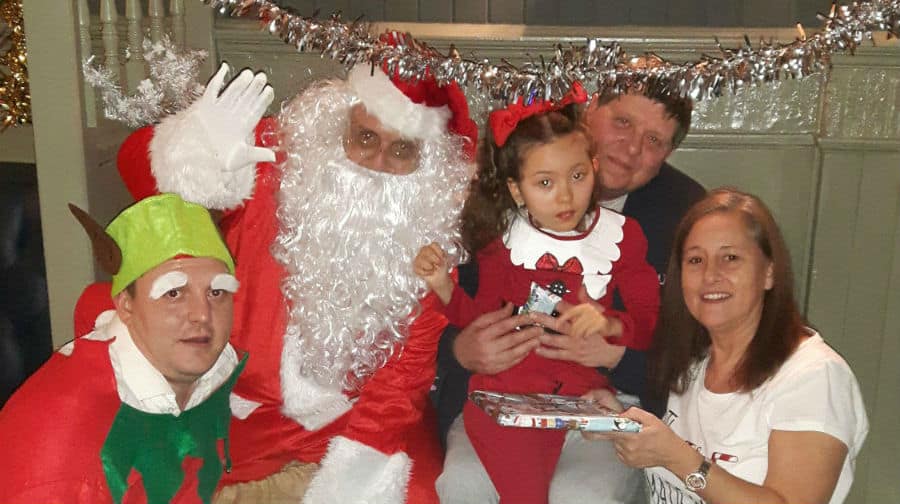 Held at the Blue Anchor pub in Southwark Park Road, the event saw Santa and a raffle including signed Millwall shirts and play-off tickets.

Ruby suffers from the rare Rett syndrome, which has prevented her from walking and talking since she was a baby.

“We all had a fantastic night. Simon Davis and Arthur Rodriguez and wife Margaret are truly amazing,” said Ruby’s mum, Timi Samples.

“We can’t thank them enough for all they have done for Ruby. It’s so appreciated – Simon is like Ruby’s guardian angel.

“We thank the Blue Anchor pub for allowing us to hold the event there and all the wonderful people for raising money for Ruby for Christmas.”

News readers raised more than £10,000 for Ruby, ten, over the course of this year so she could get a computer to help her communicate.

The new computer made by Smartbox was fitted in September at Alfred Salter Primary School, where she had the chance to play games and write a story.

“We’ve got another event planned for March 4 for Ruby’s birthday charity bash. It will be a charity football match with the aim to raise £3,000 to send Ruby on a holiday.”