Funeral details announced for ‘champion of the community’ Sister Cecily, the nun who set up Bermondsey’s Bosco Centre 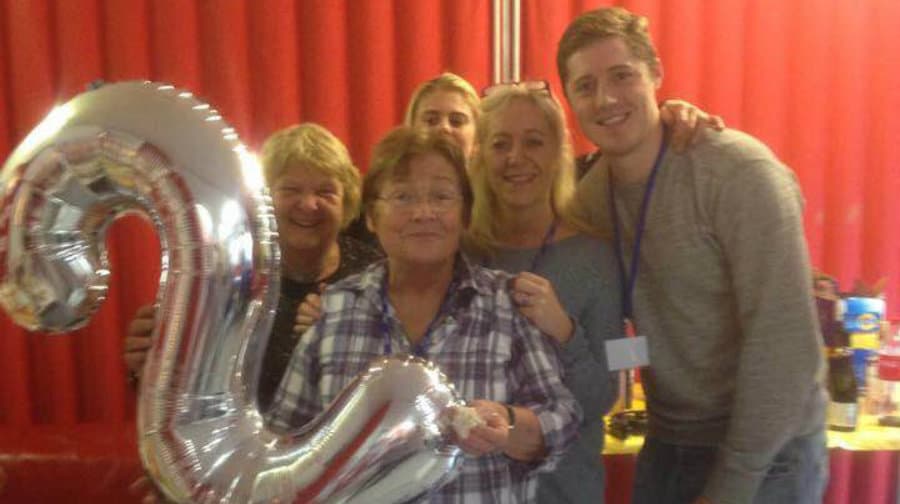 The funeral of a much-loved nun who died last week has been arranged, and the public have been invited to pay their respects, Emma Finamore writes…

The News reported last week how Sister Cecily Dunn, who had led the Bosco Centre on Jamaica Road since the 1980s, passed away last Tuesday after being diagnosed with an aggressive form of cancer just three weeks before.

The Salesian Sisters at the centre – the order to which Sr. Cecily belonged – have organised memorial services locally and at a Battersea church significant to their religion.

Mass will be held at 7pm at St Peter & the Guardian Angels Church, Paradise Street on Thursday 16 June, then Sr. Cecily’s remains will be taken to Sacred Heart Church in Battersea to lie there overnight.

The funeral mass will be held at Sacred Heart at 10am on Friday 17 June, followed by a cremation at Honor Oak and a reception at the Bosco Centre. The public is welcome at all services.

“Sacred Heart is a Salesian Parish,” said Romaine Shilling, who has worked at Bosco for 20 years. “Battersea is actually where the Salesians started in London. We felt we needed to have a mass in Bermondsey for all the people that would not be able to make it to Battersea, so we are having a ‘goodbye’ for Bermondsey.”

The community has responded to Sr. Cecily’s death with warm messages and bunches of flowers, honouring her years of service to local young people at the Bosco. “The response has mainly been on Facebook, people have said some beautiful things,” said Romaine. “We’ve had lots of emails too, and many ex-students have been in touch.”

Angie Stewart said on Facebook: “Sister Cecily a true inspiration, a pillar of the local community (bermondsey) A amazing lady who knew every child by there name & cared deeply about there future. Hope your spirit continues to shine on the youth of bermondsey through the staff of Bosco & church of St Peters may they continue to follow in your footsteps. It was a pleasure to know you throughout my daughter’s younger years. You made a difference to so many people’s lives, thank you.”

Louise Douglas added: “I’ve just said a little prayer. She took me on holiday to Scotland when I was 10 and I have amazing memories from that trip. She made it so special and it made a lasting impression on me. She was a truly amazing person and a real champion of the community.”

Any enquiries should be sent to info@bosco.ac.uk

Southwark NewsNewsFuneral details announced for ‘champion of the community’ Sister Cecily, the nun who set up Bermondsey’s Bosco Centre