Funeral planned for Bermondsey headmistress known as the ‘flying nun’

Sister Ann Hoskison was a formidable figure for thousands of pupils at St Michael’s secondary school for a quarter of a century... but before becoming a nun she signed up for the Women’s Royal Air Voluntary Reserves 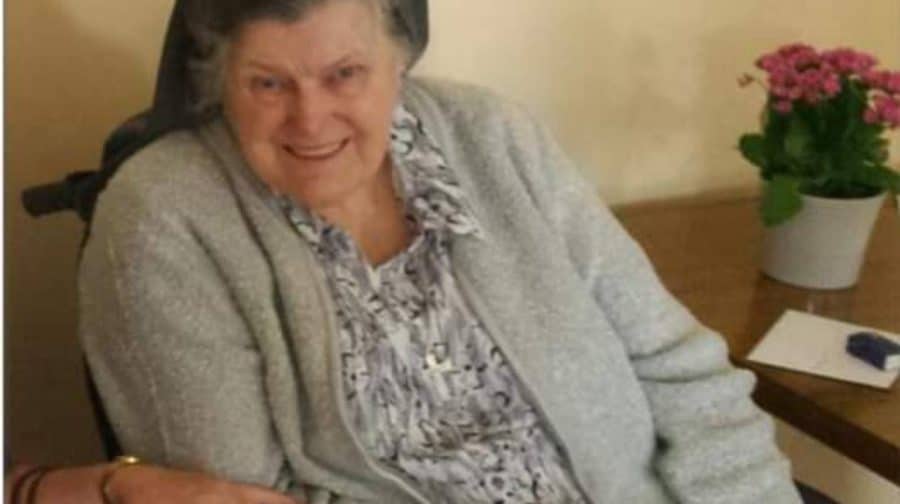 A Bermondsey headmistress, who was known to some as the ‘flying nun’, after serving in the RAF as a young woman, sadly passed away last Saturday evening at a convent in Oxford.

Sister Ann Hoskison was a formidable figure for thousands of pupils at the St Michael’s secondary school on John Felton Road for a quarter of a century. Aged 82 Sister Ann is said to have ‘gone peacefully’ in her sleep at the Elmthorpe Convent in Oxfordshire on Saturday 29 December, after suffering with heart problems for a number of years.

But the flying nun was a keen and expert sportswoman in her heyday, rowing for Cambridge University while studying there in the 1950s. She qualified as a teacher at the famous university in 1957, but not before showing her sporting prowess on the tennis court, even playing at Wimbledon.

From a family embedded in the armed forces – her father captained the HMS Belfast – it was no surprise when she signed up for the Women’s Royal Air Voluntary Reserves in 1958 aged 22 and became a qualified pilot.

However, her passion was always education, teaching at a Naval School in Malta, and then converting to the Catholic faith and devoting her life to Salesian Sisters of Don Bosco in 1961 and becoming a sister in 1965.

Speaking to the News, Sister Norma Kirkby, who was the former head of St Joseph’s Primary School in Gomm Road, Rotherhithe, until she retired in 2004, said: “Sister Ann was constantly motivated by the spirit of Don Bosco in her work for young people.”

Her earlier sporting accomplishments were ever present when she became the headteacher of St Michael in 1976, having handed over her family home in Alverstoke, Portsmouth, as a residential centre for the young people. Thousands of Bermondsey youngsters spent weekends away there on the Duke of Edinburgh Awards Scheme and Adventure Service Challenge Scheme Activities. Sister Ann also organised geographical field trips with sailing and canoeing, as well spiritual retreats. A maths and science teacher, she taught at Mary Help of Christians Girls High School in Liverpool and Hugh Farringdon in Reading, before coming to Bermondsey as a head, retiring 25 years later in 2001.

In 2002 she was awarded the honorary Freedom of the Borough of Southwark in recognition for the work she did for the pupils of St Michael’s and is also remembered for going out in the 1990s recruiting teachers from Australia during a shortage in the borough at that time.

Before moving to the convent in Cowley, Oxford, in 2014, Sister Ann carried on working – becoming the chaplain at Bishop Thomas Grant School in Streatham and continuing her work in Alverstoke.

Her funeral is being held on Tuesday 22 January at Our Lady Help of Christians Church, 59 Hollow Way, Cowley, Oxford, OX4 2ND at 11am, with internment at 12.45pm at Botley Cemetery. Everyone is welcome to see Sister Ann off, but are asked to call the convent on 01865 788 160 and ask for Sister Norma or leave a message, so they can get an idea of numbers attending.

Many tributes have been left on Facebook, with former pupils calling for a service to be also held in her honour in Bermondsey.

I am so sorry to have missed this. Sr Anne was a wonderful headteacher and she employed me before I’d even applied for the job as RE teacher!
I loved her and the school.

I’m very sad only found out today the passing of sister Ann, I was have very fun momories of her, as a head teacher and doing my Duke of Edinburgh Awards, trips to her house in Portmouth, walk and camping in the Lake district…