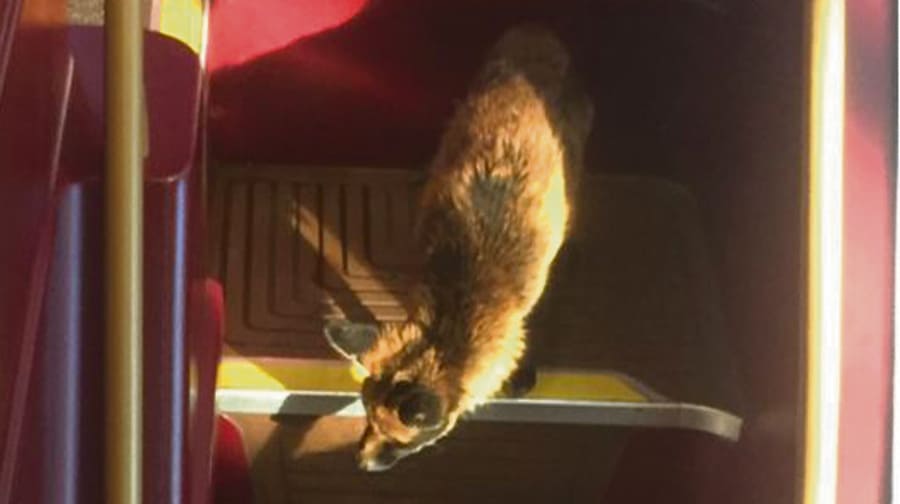 A fox joined commuters on the number twelve bus this morning as it headed from Elephant and Castle to Oxford Circus, writes Alex Yeates…

Bemused onlookers saw the fox hop aboard the Routemaster just before 8am on Monday, April 18, where it made it to the top deck before getting off at the Imperial War Museum.

Journalist Andrew Woodcock witnessed the event and tweeted: “That stuff about urban foxes adapting to city life is clearly nonsense. This one didn’t even have his Oyster card.”

Mr Woodcock, of East Dulwich, told the News: “I looked down and it was a fox, walking along the aisle towards the front staircase. It had its head down low and was slinking along as if trying to avoid being noticed, but it didn’t seem panicked or scared at all.

“Everyone noticed it and there were a lot of smirks and raised eyebrows and everyone looked to see what it would do next. It paused at the top of the steps as if waiting for the next stop.

“When we pulled up at the back of the Imperial War Museum, the driver came on the tannoy and said ‘OK guys, it looks like we’ve got a fox on the bus. We’re just going to wait here a while and try to coax him off’.

“As soon as the doors opened, the fox trotted down the stairs and hopped out onto the pavement. It may not have had an Oyster card with it, but it left a liquid donation on the top step, so I guess it can’t have been quite as cool as it seemed.”