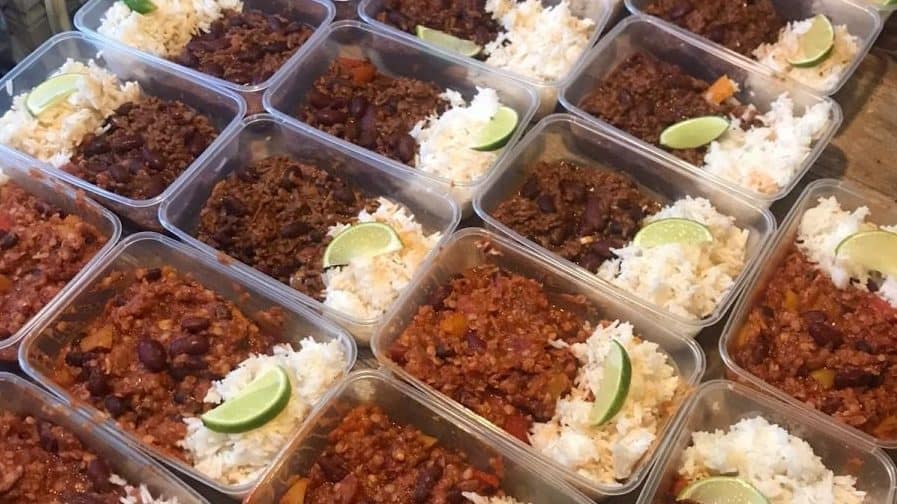 A batch of home cooked chilli

Furloughed workers across London are putting their free time to good use by cooking meals for the NHS. At King’s, at least 30 meals a week are coming courtesy of Brixton-based couple Ana Sanandres and Joe Lines – city workers who have both been off since March.

Ana, head chef of their home kitchen operation, told the News: “Joe read about Furloughed Foodies when a contact of his shared it on LinkedIn.

“The whole thing is about however much the staff at King’s and Guy’s are grateful for all the pizzas and doughnuts, actually when you’re working really hard, long hours in a stressful situation and need to keep your strength up what they are missing is healthy, home cooked food.

“When you sign up you can either cook the food, volunteer to drive it to hospital or do both.  We cook and Joe is definitely my sous-chef.

“We’ve been told that the King’s staff really look forward to our meals.  We make lots of different things but they have to always be healthy, nutritious and have a good carbohydrate and protein balance.

“We both know people who have had COVID-19 but haven’t been ill ourselves.  While we’re not working we’re volunteering in any way we can.

“We’ve got another 250 containers which should last for at least another eight weeks.”

Co-founder Floris Ten Nijenhuis, said:  “We started this initiative to try to make a difference, and in just one week since coming up with the idea we did around twenty deliveries, primarily to A&E and ICU staff.

“It doesn’t really get much more front line than that.  We’re lucky to now have around 100 volunteers who have signed up, which will allow us to take on more hospitals and feed more doctors.”

Donate, volunteer and find out more at: www.furloughedfoodieslondon.co.uk