'While our policy is not to pollard trees from April to October, we must still manage any risk presented by sick or dying trees during this time' - Cllr Lury 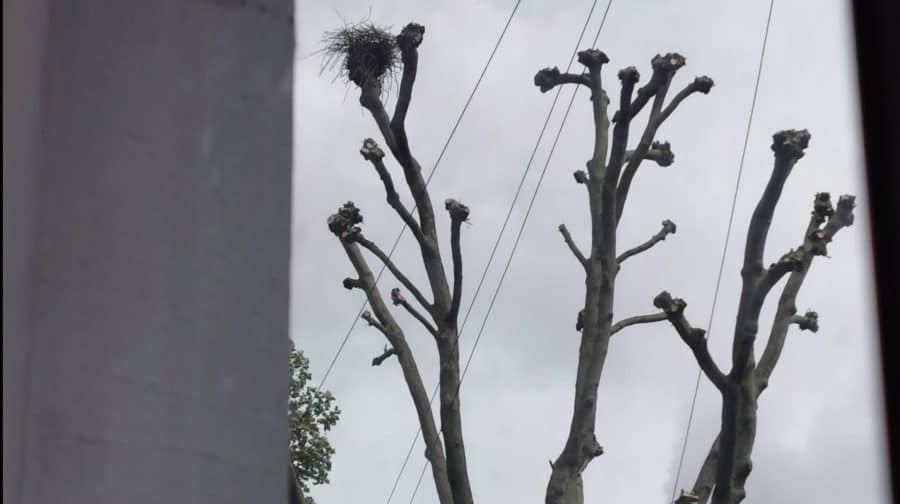 A pollarded tree with birds nest

Outrage has been caused by Southwark Council and its contractors pollarding trees during nesting season. Trees in Bermondsey, Rotherhithe and Dulwich  had their canopies chopped in April and May despite nesting season being underway – leaving behind bare branches just as they should have been in leaf.

After complaints from campaigners, Southwark Council confirmed some trees had been ‘pollarded’ later than they are supposed to – but this is a one-off due to safety fears over decay and subsidence.  The local authority says work has now been halted until November.

In a letter written in response to complaints, seen by the News, council officers from the environmental department said timings had been pushed back due to a backlog of work delayed over budget cuts.

Removing a tree’s branches, and therefore a nest’s protection, is in breach of wildlife protection laws if the nest is in use.

But one video widely shared on social media shows a magpie returning to her bare tree minutes after it was cleared by contractors.  The council responded that this was now a disciplinary matter and promised works had now been suspended until November.

Sarah Vaughan, from campaigning group Trees for Bermondsey, said: “Our group doesn’t dispute that larger street trees have to be re-pollarded, just that these works should only take place in the dormant season.”

One Bermondsey resident who contacted us, Peter Richardson, said: “On Bank Holiday Friday, May 8th, two teams of men arrived on Old Jamaica Road and proceeded to pollard and effectively ruin a number of really lush and verdant trees which are set back from the road on a grassy area.

“The first is of a set of trees that were pollarded over a month ago at the junction of Abbey Street and Jamaica Road, SE1. You can see that they barely have a leaf on any of them and this is in mid May.

“Spring is when trees are growing after the winter months and the foliage provides cover for nesting birds and other wildlife.”

A series of lime trees on Barry Road in East Dulwich were chopped during April.  Without this work growing roots can increase subsidence problems.  Pollarding has also taken place in Dulwich Park.

And volunteers who care for Dog Kennel Hill Wood have also criticised the ‘axe-happy’ decision to chop down the area’s only dead wood tree as it was a ‘perfect habitat for bats’.

There are now plans to cut two more lime trees – which the group says have come without any consultation. All would have been part of the original private gardens of long-gone houses on the site.

Cllr Rebecca Lury, Southwark Council’s cabinet Member for culture, leisure, equalities and communities, said: “We take the care of the 80,000 trees on council land very seriously and work to nurture, maintain and grow our tree stock.”

With regards to a tree on council-owned land in Jamaica Road, she said: “A weakness was identified in this tree so, following a thorough check for nesting birds, works were completed to help secure the tree’s future and remove any risk of falling branches to people passing below.

“While our policy is not to pollard trees from April to October, we must still manage any risk presented by sick or dying trees to people in their vicinity, during this time.” The Arb Industry are complicit in this matter. If all tree works were constrained to Nov to Feb what would their tree cutters do for the rest of the year. However, councils should be expressing good practice in their procurement specifications to ensure public money is appropriately spent and trees not negatively impacted by their actions.

The dead Lime in Dog Kennel Hill Open Space may have had little visual significance but left alone it would be regarded as having great significance by future generations. Leaving dead wood standing provides vital habitat for endangered species. This particular Lime had been suggested for a heritage Tree Preservation Order (TPO) due to it’s exceptional amenity value.