Future bright for Labour as they win school mock election

Pupils at the City of London Academy took part in a mock election last week. 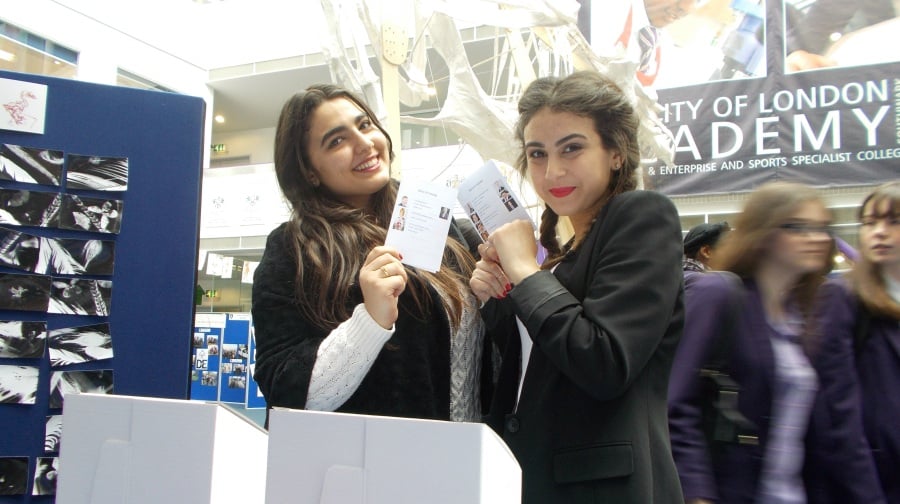 Most of them weren’t even old enough to vote in the real thing, but pupils at the City of London Academy in Bermondsey still got in the election spirit last week with their very own ‘mock election’.

On Election Day, pupils and staff received fake polling cards and spent the day discussing hot election issues such as housing and the NHS at special debates.

Information boards informed students about each party’s policies and beliefs.

Then, they weighed up what they had learned and took to the polling stations.

In a preview of the evening’s results, Labour came out on top among the future voters – a good sign for Neil Coyle, should he choose to run again in five years’ time.

A pupil votes in the mock election.

Faiza Issa, Citizenship teacher, said: “The students’ responses to the event were phenomenal.

“Many of the students who turned up to vote were informed about the process and were keen to discuss their views on the different political parties.

“Other students were very interested to learn about the policies of the different political parties by reading the information on display in the Academy Atrium. Some students were even drawing comparisons between the school results and national results.”