The meeting, being chaired by Tanya Murat of Defend Council Housing, will see the National Union of Teachers, Unison and the chairs of the Mayflower and Canada Water Estates speak, to air views on what the future holds for council tenants – as regeneration projects get underway 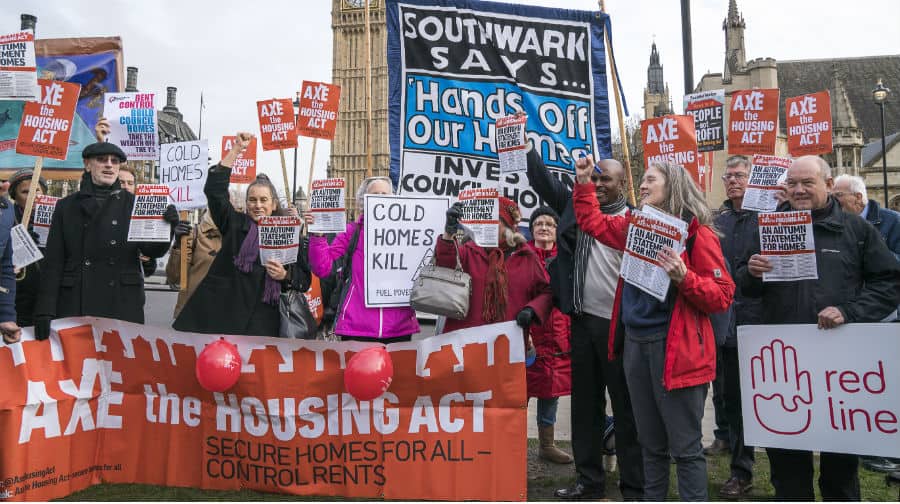 A public meeting hosted by trade unions, council housing campaigners and TRA chairs is being held on the Canada Water Estate on Thursday to discuss the future of council housing.

The meeting, being chaired by Tanya Murat of Defend Council Housing, will see the National Union of Teachers, Unison and the chairs of the Mayflower and Canada Water Estates speak, to air views on what the future holds for council tenants – as regeneration projects get underway.

“People are worried about their homes. We are not guaranteed enough of the new flats that are being built,” said Barry Duckett, chair of the Canada Water TRA.

“I’ve had enough of steering groups not listening to what people want. We are not going to be pushed around anymore. There can’t be any more private meetings, it has to be transparent.

“It is getting to a point where people are frightened of losing their flats. There is nowhere else for us to go. There has to be enough publicity to tell people what’s going on.

“That is why we have called this meeting. To tell people what’s happening. TRAs are coming together to fight for our livelihoods.

“It’s not just us who are affected, the people who work for Southwark Council are too. If we leave there will no work for them and they will lose their jobs.

“It takes years to build a community and five minutes at a council meeting to destroy them. We are fighting for our right to be council tenants.

“I have never seen people who live on council estates so worried about where they are going and what’s going to happen to them.”

Cllr Mark Williams, Southwark Council’s Cabinet Member for Regeneration, said that it was “no secret the Housing and Planning Act has dealt all local authorities a real blow to social housing” but reassured that they were reserving homes for residents.

“Southwark Council has the most ambitious council home building programme in the country, there are a number of sites in the area where we want to build new council homes and we are talking to residents about these at the moment,” he said.

“Half of these new council homes will be reserved for local residents who are in housing need.

“The regeneration of Canada Water will see thousands of new homes of all types built including affordable homes, better shops, a new leisure centre and new parks.”

Tanya Murat, Chair of Southwark Defend Council Housing, said: “Defend Council Housing supports all tenants and leaseholders fighting to stop the demolition of their homes and community facilities and we oppose the setting up of unelected and unaccountable project groups to gain fake consent for “regeneration”.

“Last year the GLA reported that the Council demolished and sold off more socially rented homes than it built- and that doesn’t include homes sold under the Right to Buy.”

The meeting will take place at 7pm on December 8 at the Canada Water Estate Tenants’ Hall.