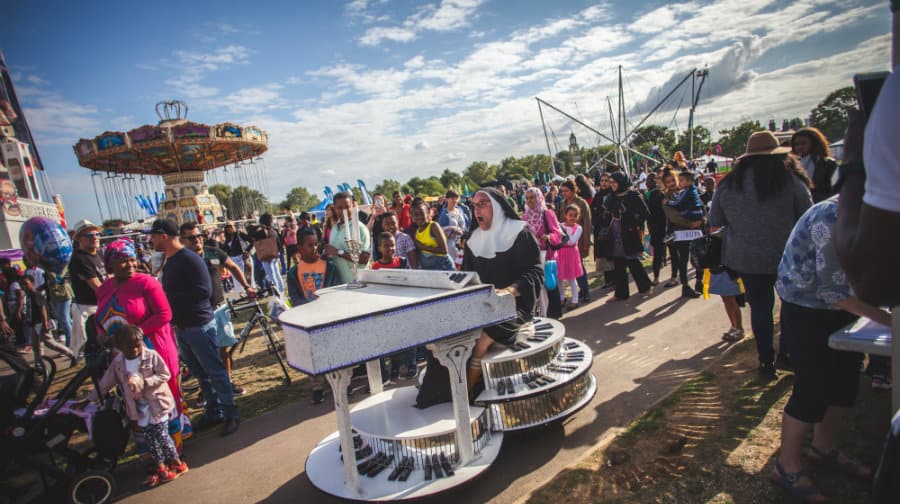 A record number of people went along to enjoy the Elephant and Nun Festival on Saturday.

More than 12,000 people flocked to Burgess Park in the blazing sunshine to take in the sights and sounds of Latin American acts like Nirk Molina and the UK Vallenato Kings and Brazilian and Afro-Latin beats from the likes of The Fontanas, the Hearts of Steel (steel pan ensemble) and RnB singer Lizzie Emeh.

“It was wonderful to see so many people from across the community out having fun together and enjoying the incredible entertainment on the day, especially as the weather improved. A huge thank you to everyone involved – our events team, the volunteers, and all the performers, traders and community groups there that made it such a special day.”