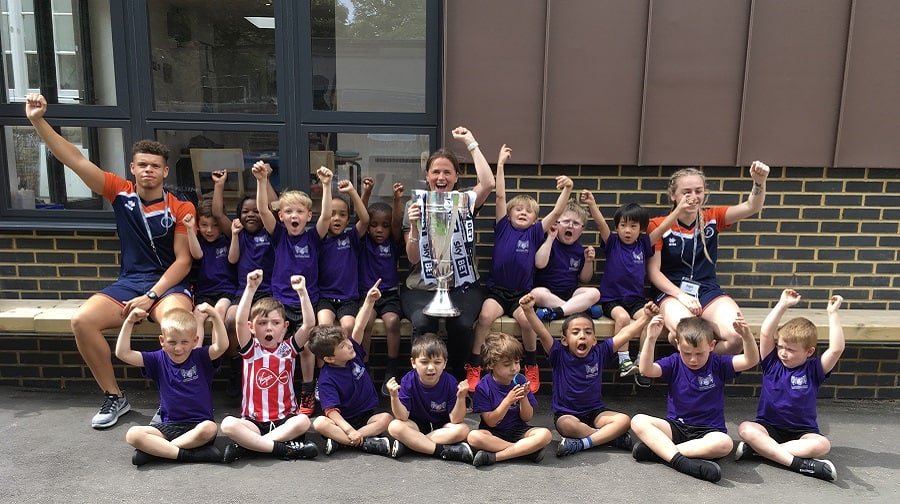 Pupils at two Southwark primary schools were lucky enough to hold Millwall’s League One play-off trophy during a visit.

Children at Peter Hills Church of England Primary School, in Rotherhithe, had a surprise visit from Millwall staff at their sports day on Friday,  June 23,  who brought along the trophy.

Galleywall Primary City of London Academy, in Bermondsey, also had a visit during an after-school football club on the same day where children had the chance to hold the trophy and have their picture taken.