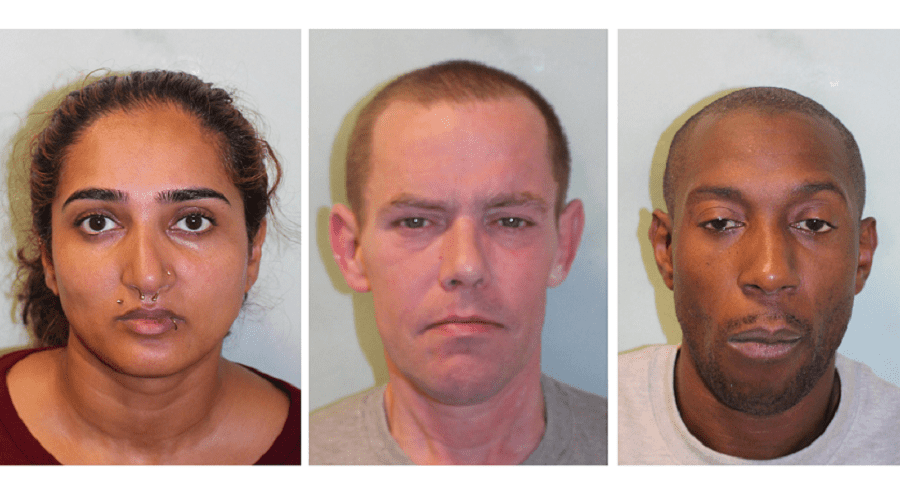 A gang of five from Bermondsey and Kennington have today been locked up after the unintended killing of a Walworth man whom they believed had mugged an elderly woman.

Leon Dixon, 37; his half-brother Mason Adrien-Dixon, 22; and friend Daniel Murphy, 20; punched, kicked and stamped on the head of Reginald Ofei-Berko in an alleyway in Walworth on August 25.

The Dixons’ cousin, Franklin McDonald, who is still wanted for questioning by police, also hit Mr Ofei-Berko in the legs with a bicycle during the attack.

Mr Ofei-Berko, 25, suffered only minor injuries but is believed to have died of a heart attack shortly after the assault.

Four men and a woman were originally charged with murder, but the prosecution accepted pleas of manslaughter by Dixon, Adrien-Dixon and Murphy, on the basis they had not intended to cause grievous bodily harm.

On June 28 last year, Dixon’s 81 year-old grandmother was robbed of a gold chain by a tall black man with braided hair in Walworth Road.

Prosecutor Crispin Aylett QC previously said in the trial that no evidence had been found to link Mr Ofei-Berko to the robbery.

But Dixon, his half-brother Adrien-Dixon, and their cousin McDonald, believed Mr Ofei-Berko had been the robber.

Two months later on August 25, McDonald spotted the victim by chance in the street in Walworth.

He contacted his cousins, who recruited Murphy, Gillespie and Modhwadia to help carry out surveillance while their revenge attack was carried out.

Mr Ofei-Berko, who had been staying in a hostel for people with mental-health problems, was found lying unconscious in Penrose Street at around 3.05pm. He died in hospital later that day.

The post-mortem found no evidence of brain injury or obvious cause of death.

Although only minor facial injuries could be found on Mr Ofei-Berko, a pathologist concluded that Mr Ofei-Berko suffered a fatal heart attack as a result of concussive-type trauma to the head.

At the time of the killing, Leon Dixon was still on licence for an armed robbery at a travel agents in 2002, for which he was jailed for eleven years with five years’ extended licence.

Today at the Old Bailey, Dixon was handed a ten year prison sentence, while Adrien-Dixon and Murphy were each sentenced to eight years.

John Paul Gillespie, 43, had pleaded guilty to conspiracy to commit affray because of his role in the lead-up to the attack, and was given a twelve month sentence.

Mother-of-three Dipa Modhwadia, 36, had admitted assisting an offender – by driving her partner Leon Dixon away from the scene. She will spend three months behind bars.