The terrified 19-year-old was bundled into the back of a car outside her home in Chatham and had her hands bound with duct tape, before being driven to London and dragged into a secluded area of Burgess Park in the early hours of the morning 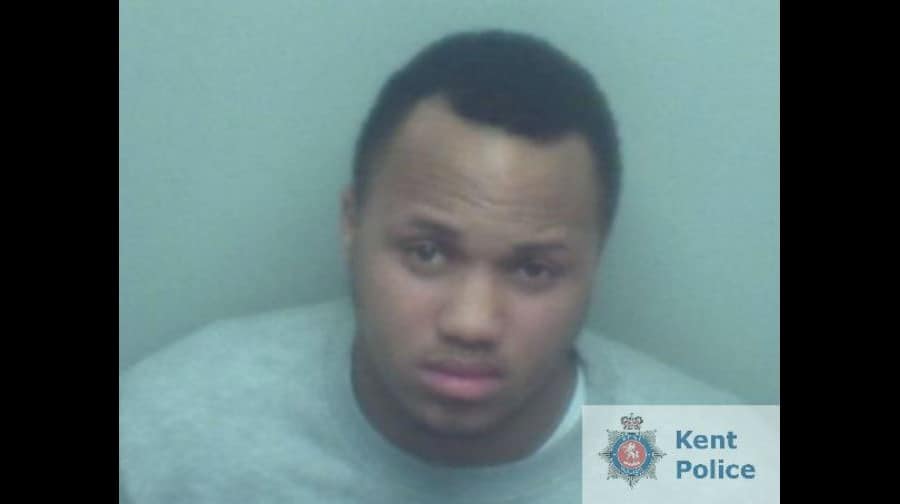 A vicious gang who tortured a teenage girl with a metal baseball bat, knuckleduster and dog chain after kidnapping her from off the street in Kent has been locked up for a total of 29 years.

The terrified 19-year-old was bundled into the back of a car outside her home in Chatham and had her hands bound with duct tape, before being driven to London and dragged into a secluded area of Burgess Park in the early hours of the morning.

She was repeatedly punched in the face, threatened with a gun and had a sock stuffed into her mouth and secured with tape so passers-by would not hear her screaming.

One of her attackers – Jamaican national Kaswayne Williams – was once a promising footballer who had been scouted and played for Chelsea FC.

He then joined Reading FC while at secondary school and also played for Fulham.

After other horrific attacks with the bat, knuckleduster and her own dog chain – the animal having been let off its lead by the gang when she was kidnapped – the badly beaten and petrified victim was dumped in the street to be found by a member of the public.

The police officer who led the hunt for the kidnappers – including a woman – later said it was the most callous act of violence he had seen in his fifteen year career and that the victim was lucky to be alive.

Maidstone Crown Court heard her ordeal lasted almost three hours.  She has since been diagnosed with post-traumatic stress disorder and in June had to be detained in hospital after a mental breakdown.

The car that was used

As well as still undergoing treatment for her physical injuries, she and her family have had to leave their Kent home and relocate to a new area.

Both men were also found guilty of blackmail, robbery and possessing offensive weapons.

Investigating Officer Detective Constable Matthew Lincoln said: “It is a truly shocking case in which two men viciously assaulted a woman in an argument over money, assisted by Delpratt whose role as designated driver meant she was far from being an innocent bystander.

“Neither Williams nor Emmett demonstrated any concern for their victim’s welfare and she could have very easily died after being subjected to such serious and sustained attacks. I would like to praise the tremendous courage she has displayed throughout this whole ordeal.”